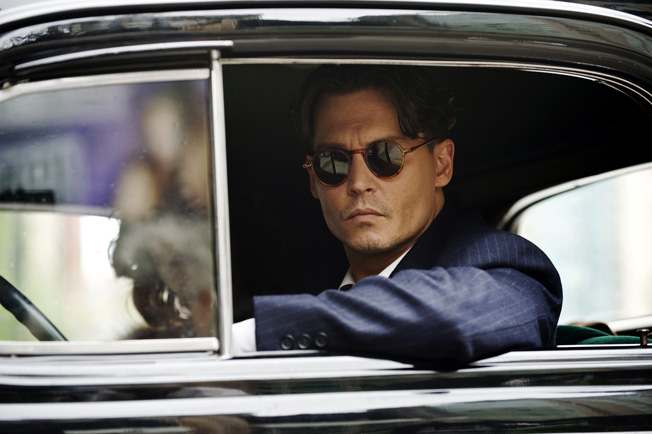 In 1933 the United States was just beginning to recover from the Great Depression and the Golden Age of Bank Robbery was coming to an end as J. Edgar Hoover (Billy Crudup, "Almost Famous," "Watchmen") became obsessed with wiping out the likes of Pretty Boy Floyd (Channing Tatum, "Step Up"), Baby Face Nelson (Stephen Graham, "Filth and Wisdom," "Inkheart") and, most of all, John Dillinger (Johnny Depp), the F.B.I.'s "Public Enemies."

What we have here is a femme empowerment film that plays like a made for the Lifetime Channel feature length soap opera. However, “Provoked” makes it to the big screen for a number of reasons. First is the beautiful visage by of Bollywood superstar Aishwarya Rai that is center screen for a good percentage of the film. Next are some fine performances, particularly Miranda Richardson as Kiranjit’s too good to be true cellmate, Veronica. Finally, the heart-on-its-sleeve, spousal-abuse-is-bad true-life story screenplay by book author Rahila Gupta and Carl Austin will have big appeal to the feminine viewer. It is a chick flick Rai is, for much of the film, a blank but beautiful cipher who is in shock and fear after her desperate attempt to end the constant, painful abuse by her husband, Deepak (Naveen Andrews). Her transformation – prison is Kiranjit’s first step to freedom, we are solemnly told – starts slowly, with the timid, frightened young woman barely coping with the new state of her life of trial and incarceration. But, with the help of her prison grrrrl! friends, she grows into a strong-willed fighter who will never again be the object of any man’s abuse. “Provoked” is very pro femme/pro human fare. I have to warn any guy who is not a movie maven: walk softly around this one unless you want to make points by seeing “Provoked” with your S.O. The femme target aud will appreciate its message of empowerment.