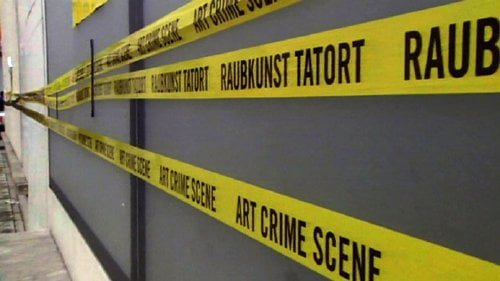 In 1938, after Hitler and the Nazis completed their stranglehold on Germany and its newly acquired neighbors, Jews became the target of choice and many were forced to flee the country for their lives, often leaving behind their most prized possessions. One such person, Lea Bondi, owned an art gallery in Vienna until Nazi Friedrich Welz confiscated its contents, including a painting she personally owned, Egon Schiele’s “Portrait of Wally.”

After 2009's 'The Rape of Europa' documented the grand scale art theft perpetrated by the Nazis comes "Portrait of Wally," a personal story focused on one painting that whipped the entire American art world into a frenzy and exposed the hypocrisy of institutions generally regarded as liberal. Director Andrew Shea and his cowriter David D'Arcy have clarified a complex case which began during WWII and didn't end until 2010, while juggling the personal story of original owner Lea Bondi, a Jewish art dealer from Vienna, with her current descendants, tracing the movement of the painting, and backgrounding the Nazi's art theft, the artist Schiele and the collector Rudolf Leopold. Bondi's great-niece, Ruth Rezanek, is a delightful subject throughout and shares the bright red hair of the painting's subject. As we only see Lea in black and white, one wonders if she may have seen herself in the painting which she fought her whole life to get back. The case reopened the courts on Jewish restitution and has perhaps forever cast a pall over New York's Museum of Modern Art and Vienna's Leopold Museum. It would make a great double bill with "The Art of the Steal," another documentary which exposes the ruthless greed and obsessions which power the world of public art exhibition.

The Schiele painting, after falling into Nazi hands, was thought to be long lost to the world after WWII. However, in 1997, a collection of the artist’s works, on loan from the Austrian National Gallery, was on display at New York’s Museum of Modern Arts (MoMA), including the titular work. This triggered a decade-plus historic court battle pitting the late Lea Bondi’s family, New York County DA Robert M. Morgenthau and the United States government against the Austrian National Gallery and MoMA. The struggle of the Bondi family to get back the 1912 portrait of Schiele’s primary model (and mistress) Valerie “Wally” Neuzil began after World War II when Lea first learned that her painting still existed. This is where “P.o.W.” focuses on the whole war reparations issue that attempted to allow the rightful owner of stolen art treasures to recover their property. Lea’s painting was incorrectly included in the inventory of Heinrich Rieger’s collection confiscated by the Nazis and, in 1953, she began her quest for the rightful return of her painting. The fight for Wally’s return continued until Lea’s death in 1969 when her family took up the seemingly hopeless quest. Then the court battle began over the Portrait of Wally not long after the painting turned up at MoMA for the Schiele exhibit on loan from Vienna’s Leopold Gallery in 1997. This is when a subpoena to seize the painting was issued by DA Morgenthau, refused in state appeal and succeeded by the U.S. Customs Service, seizing the portrait in 1999. For ten years both sides fought for possession until a settlement in 2009. I am very familiar with the Nazi looting of Europe’s art treasures where they confiscated the inventories of the great museums and collections in the conquered territories. However, my familiarity with the reparations of this art that followed the end of WWII is far sketchier and “P.o.W.” helps to fill in the gaps by showing the journey of just one of many, many thousands of Nazi plundered art works and its rightful return to its owner – or restitution in Wally’s case. We find out the value of Wally by the end by first time documentary film maker Andrew Shea’s work (the director’s previous work is in feature fiction) but no attempt is made to put a monetary value on just how much – legal costs, court costs, etc. – was spent to end the Wally controversy in a simple out-of-court settlement. This information could have added an extra, connected dimension to Wally’s story and is something, at the end, I wanted to know.