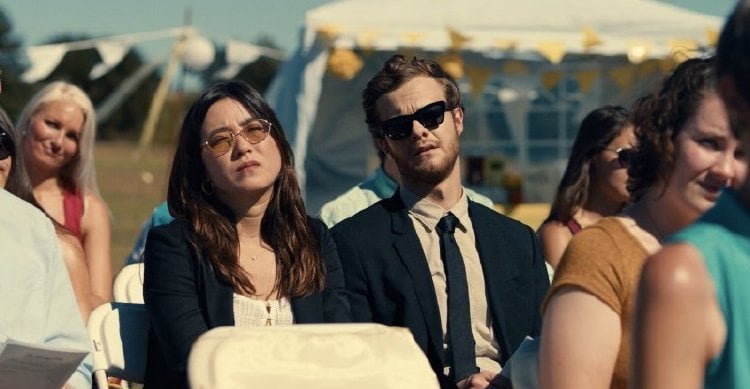 Ben (Jack Quaid) and Alice (Maya Erskine), friends since college, are at that age where all of their friends are getting married. With the summer wedding calendar filling up, they hatch a plane to face the nuptial season as each other’s “Plus One.”

Cowriter/directors Jeff Chan and Andrew Rhymer, both writers on star Maya Erskine's TV show 'PEN15,' follow the romcom template meticulously with their wedding centric "When Harry Met Sally" mashup. Nothing that happens will surprise you, but how it happens just might. The appealingly down-to-earth Jack Quaid as Ben and the raunchier and offbeat Erskine as Alice share a rare type of best friend shorthand that makes them fun to be around. As they support each other through romantic foibles, we see their romantic possibility before they do (as do Ben's parents). This little indie may follow a traditional outline, but it does so with admirable authenticity. Grade: