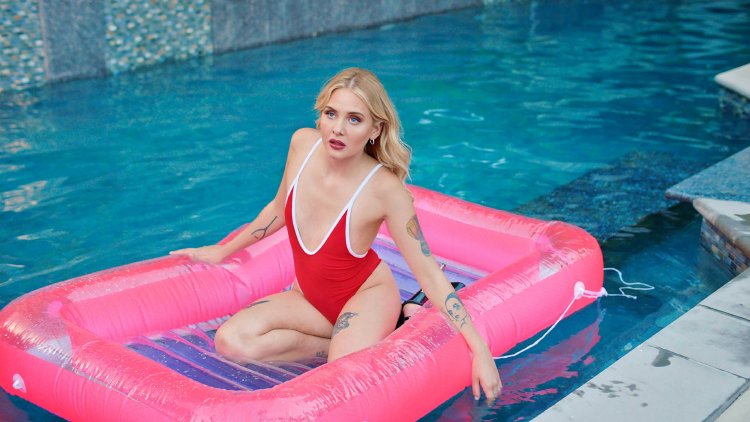 The film is more notable for its female solidarity, at least in the trenches.  Bella lives in a ‘model house’ where at first she shuns ‘catty’ female companionship.  Her reserve is broken by her roommate, Joy (Revika Reustle aka Zelda Morrison, "Anal Perfection 6").  The woman from Florida shows Bella tricks of the trade, is up for anything but no patsy.  When the girls attend an industry party, Bella first sets her eyes on Ava (Evelyn Claire, "A Very Adult Wednesday Addams 3," a stunning but dead-eyed brunette), the Speedway Girl she then aspires to be.  Spotting Bear, Bella’s welcomed onto the red carpet and introduced to an influential female filmmaker, but Joy tries to sidle up to hot male star Caesar (Lance Hart).  He calls her ‘trailer trash’ and is pushed into the pool for his insult.  This incident will have a telling refrain when Bella, whose star is now rising, requests Joy for a girl on girl on boy shoot only to discover the male lead has been replaced…with Caesar.  How Bella reacts to Joy’s abuse sets in motion the film’s climax, a case of the abused becoming the abuser.