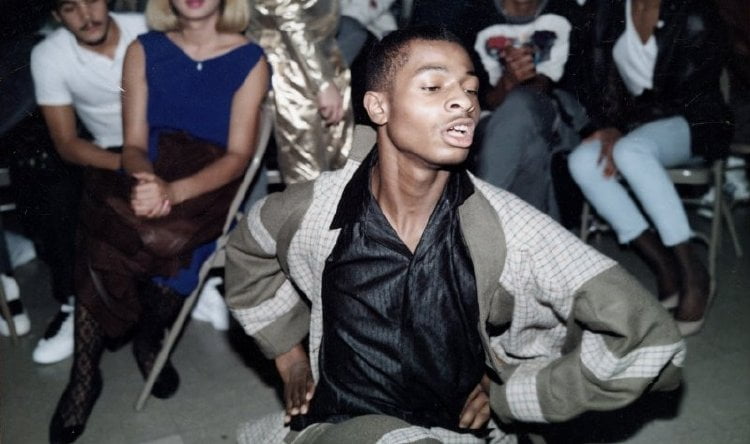 Back in 1990, Jennie Livingston's "Paris Is Burning" was a revelation, a document of the voguing balls where mostly poor gay and transgender blacks and Latinos could strut their fantasized selves, many yearning for the white wealth and privilege emphasized by the popular culture of the time. Now Janus Films is reissuing a digital remaster of the academic ratio 16mm film which gave birth to Ryan Murphy's Emmy nominated FX series 'Pose.'

The title comes from the name of one of the Harlem balls, but Livingston visited many during the seven years she shot the film. She begins with interviews of House of LaBeija 'mother' Pepper LaBeija, who isn't shy about declaring himself the best and the biggest, one of the scene's 'legends, and Dorian Corey, a drag queen who describes how his profession was the genesis of the balls. The documentary cycles through profile interviews, the balls and scenes on the street where the movement was born and pounced on and popularized by Madonna, whose hit song 'Vogue' was released the same year. We stop several times as big white block letters spell out terms against a black background before someone breaks down their meaning for us. There are various 'houses,' like Xtravaganza, led by a 'mother' who looks out for her children. The houses compete at the balls under different 'categories,' like 'Going to School,' 'Military' or 'Executive,' where competitors are judged for their 'realness' or ability to pass in public. And while the environment is largely supportive, rivalries can become catty and we learn how 'a read' led
to 'shade' which itself led to 'voguing,' a means of dancing it out.

The culture itself is fascinating, but it is the people within it we really want to spend time with. While some, like Willi Ninja, would turn his ballroom talent into fame and a career, others, like the trusting, soft-spoken Venus Xtravaganza, would become heartbreaking statistics. All these years later, 'Pose' fans will enjoy tracing its characters (not to mention plots) back to their inspirations, 'Pose's' Angel clearly modeled on Octavia Saint Laurent (with a dash of Venus), who we see enter Eileen Ford's annual modeling competition just as Angel did in a recent Season 2 episode. A couple of young kids on the periphery now live in Murphy's House of Evangelista and we see the piers as an all-too-real place.

Despite its restoration, "Paris Is Burning" still exhibits 16mm grain, its gritty texture appropriate for the time and subject. Music of the time like Cheryl Lynn's 'Got To Be Real' and the Eurythmics' 'Sweet Dreams' couldn't be a more appropriate or galvanizing soundtrack.

In 1990, documentary filmmaker Jennie Livingston brought us into the world of “drag nights” for New York City’s underclass of queens. The result was a memorable, sympathetic look into the flamboyant world of Shading, Posing, Reading and Voguing. Happily, this fine work is being released once again to a whole, new world in “Paris Is Burning.”

This funny, serious, tragic documentary about the 1987 NYC drag scene has stayed with me since I saw it 39 years ago – in particular, the story of a young, petite and pretty young transvestite woman with dreams of marriage, a home and children - Venus Xtravaganza.

With the popularity of the TV series “Pose,” the world of the 80s drag scene has become one of entertainment and acceptance. But, back then, as filmmaker Livingston makes very clear in a succinct way, life was not one of acceptance by “normal” society for the folks who simply want to embrace what they are and how they live. It makes me wonder who is really “normal.” For a little documentary, it has stayed with me for decades,

During the course of the film’s many interviews with the flamboyant members of the community, which has a preponderance of skin colors other than white? One of the prominent members of this tightly-knit world, Pepper LaBeija, put it best – “It’s hard being black and male. But, it’s harder being black, male and gay.” I hope time has changed this.