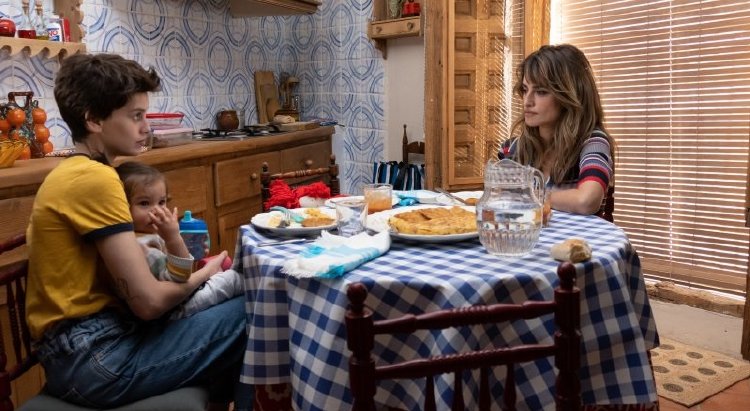 Janis (Penelope Cruz) and Ana (Milena Smit) are both pregnant and sharing a hospital room as they wait for their blessed events to happen. As they part, they exchange numbers and promise to keep in touch. But, neither ever expected for things to turn out the way they do for “Parallel Mothers.”

As I watched Pedro Almodovar’s tale of modern motherhood play out, it became obvious to me that the auteur was also making a political statement against fascism and, particularly, the Francisco Franco regime. Here, Janis and Ana’s story begins in Janis’s home village where an unmarked mass grave was discovered. We get a Spanish history lesson as she hires a paleontologist, Arturo (Israel Elejalde), and puts into motion a journey of discovery for the village. Keep this statement against the Franco regime’s genocide in mind, because the story shifts gears away from it right away.

Janis and Arturo meet to discuss what’s next in the discovery – and make mad, passionate love. Janis gets pregnant and she is not upset or sad about the coming event. Instead, she flourishes with the pregnancy and pending motherhood and, when labor pain start, she goes to the hospital, where she meets Ana. The teenager’s pregnancy was not the magical event it is for Janis.

They promise and do try to keep in touch, but life goes on for each. When Arturo meets his new daughter he blurts out “she isn’t mine” and asks for a paternity test, which Janis vehemently refuses. Meanwhile, the mothers do keep in touch for a while.

This is where the parallel mothers of “Parallel Mothers” kicks in and their story takes its drastic turn. Others may give what happens away but I will not. Instead, I will say that there is love – a mother’s love, which Cruz displays palpably and very convincingly. This makes for a first rate performance and one that is high on my list. Supporting cast is solid but, to me, the film belongs to Penelope Cruz.

If you want to see a story of a mother’s love for a child, you get it here and expertly handled by Almodovar. And, yes, his political statement wraps things up on the expected historical note, too