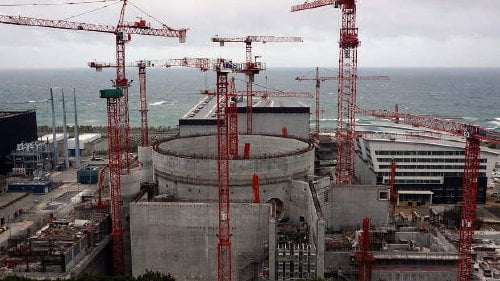 Over the past decade, climate change has propelled alternative energy sources, such as wind and solar, to the forefront of energy conservation. But if there is no wind to drive the turbines or sun to charge the batteries, what do we do? That nefarious other alternative energy source, nuclear fission, may not be the evil overlord that will destroy the Earth. It may be, instead, “Pandora’s Promise.”

For many years now, my opinion about nuclear energy has changed from being anti- to pro-nuclear energy. If you think about it and do the research, the number of nuclear and radiation accidents - defined by the International Atomic Energy Agency as "an event that has led to significant consequences to people, the environment or the facility" – have been few. Three Mile Island, Chernobyl and Fukushima immediately jump to people’s minds as the near disasters caused by nuclear energy. Each one, though, can be blamed on man. A faulty valve not noticed, a gauge that was stuck in the green safe mode or building a nuclear reactor plant in an unsafe or unstable area – not nuclear energy itself. Documentary filmmaker Robert Stone goes against the popular anti-nuke stance held by our society for many years and brings with him a bevy of anti-nuke turned pro-nuke environmentalists, activists and nuclear engineers. These experts – Richard Rhodes, Gwyneth Cravens, Mark Lynus, Michael Shellenberg, Ken Loch and others – were once vehemently anti-nuclear energy, until they learned the real facts about nuclear energy and safety. The filmmaker gives us these facts to ponder over. If you see this informative documentary, you can decide on how you feel about this issue. Stone and company pull no punches and wear their pro-nuclear power passion proudly on their sleeve.