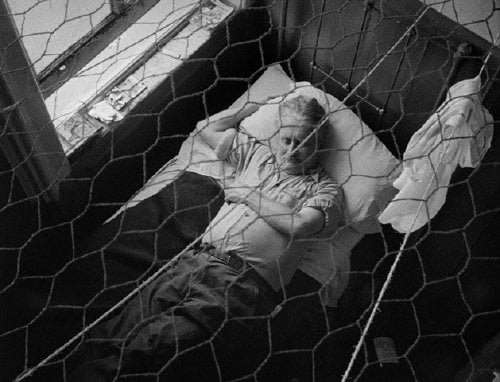 Inspired by the Italian neo-realists, Lionel Rogosin drank with the men of New York City's skid row and collaborated on their story which he turned into the 1956 docudrama "On the Bowery." This stunning work follows Ray Salyer, a man from the New Jersey railroad yards looking for a future while battling the bottle. He makes buddies off the bat by buying a bottle at one of the Bowery's many bars, but it is Gorman Hendricks who will both betray and befriend him. Rogosin chronicles the daily lives of hopeless alcoholics, most living on the streets, painting with light. The film is a fascinating bit of Americana, an indelible portrait of another time and place, which has been preserved by the Library of Congress in the National Film Registry. An impeccable restoration has given this masterpiece new life.

Robin has not finished his review of this film.