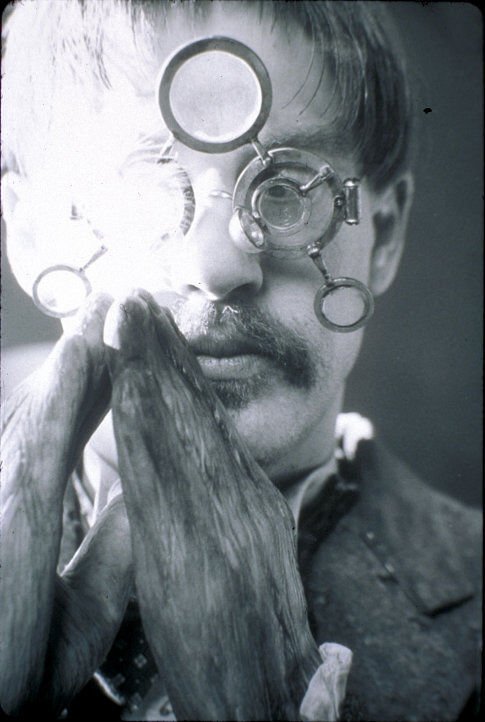 With just two days, the trench-coated and fedora-topped teams of Matt (Joshuin Barker) and Marvin (Graham Beckel, TV's "The Pennsylvania Miner's Story"), Eddie (Peter Coyote, "A walk to Remember") and Arnold (Jon Gries, "Jackpot"), and father and son Walter (James Woods, "Any Given Sunday") and Willis (Mark Polish, "The Good Thief") are tasked with evacuating 65 families each from the Great Plains of Montana. A new hydroelectric plant will forever change a landscape and way of life when its dam will cause the flooding of the town of "Northfork."

Writer/director Michael and Writer/star Mark Polish complete their American Heartland trilogy with a dreamlike meditation on death and departure. Using two groups of angels, the bureaucratic guardians of the real world and a rag tag assemblage looking for the 'lost angel,' who may be the feverish child whose dreams they've sprung from, the Polish brothers have created a dual world, both starkly surreal. However, their realization of the fantastical angels only serves as ballast for the far more effective handling of the evacuation committee. With the possible exception of Flower Hercules (Darryl Hannah), the 'real' angels are all affectation and no soul. "Northfork" begins with credits shown via stereoscopic slides before cutting to bubbles violently breaking the surface of churning water, announcing the arrival of a coffin, which pops to the surface. The tone has been set. Irwin (eight-year old Montana native Duel Farnes), a deathly ill child, is returned to Father Harlan (Nick Nolte) by the Hadfields (Clark Gregg, "One Hour Photo" and Claire Forlani, "Meet Joe Black"), claiming the child is too ill 'for the journey.' 'I gave you an angel,' snarls Harlan. In a dissolve shot, Irwin's head is haloed by a burner ring, then the Father is reflected in a screaming tea kettle. Irwin walks through a cemetery of empty graves where he meets Flower. Back at the orphanage, Father Harlan removes a white feather from the bedridden boy's hand. Flower returns to an acidic Cup of Tea (Robin Sachs, TV's "Buffy the Vampire Slayer") and tries to convince him she may have found the 'lost angel.' Happy (Anthony Edwards, TV's "E.R."), outfitted with the multi-lensed eye exam tool of an optometrist and detachable wooden hands, pores over evidence while the mute Cod (Ben Foster, HBO's "Six Feet Under") sits on the sidelines looking like death warmed over. The group are oddly outfitted in items that seem to have come from a high school costume wardrobe and musty antique flea markets. As Irwin makes his fever dreamed way towards the angels, the government men, with white feathers in their hat brims and winged pins on their lapels each meet with resistance among the townsfolk. Matt and Marvin find the Youngs too preoccupied with sex to have gotten out of death's way. 'We wish you would stop screwing around' deadpans one. Eddie and Arnold find a man with his boots nailed to his front porch who opens fire on their shiny black Ford. Walter and Willis, who are in pitched disagreement about whether to disinter their wife/mother's coffin, find an ark housing Mr. Stalling (Marshall Bell, "Serving Sara") and his two wives (Saralyn Sebern and Ginny Watts) all stalling for a sign from God. The Polish brothers share a sense of humor that may be best illustrated by "American Gothic." 'Ursula, you have six customers,' Walter shouts out in an empty diner. The ancient Ursula (Mae Fassett, looking like William S. Burroughs) appears and the men must guess until they hit upon what's left in the larder. 'We're all in the same boat,' Walter informs Stalling after boarding his vessel. Ofttimes, however, the twins seem unwilling to share the joke. Others just fall flat. A mat literally wearing out its welcome would have been funnier uncommented upon. A reference to "Touched by an Angel" is a misplaced piece of pop culture. The brothers fare better with their dualistic symbolism. We learn that a dam builder is encased in the concrete, making the hydroelectric tower a tombstone for both Jimmy Miller and Northfork. Harlan preaches in an open-backed chapel, his altar a Montana mountain range. Walter confesses his regrets to his wife in an outhouse with a cross cutout on the door. Nick Nolte plays Father Harlan like a ravaged John Huston raging in whispers. He has wonderful chemistry with Duel Farnes, who delivers an assured and otherworldly performance. Woods is the perfect embodiment of Walter's conflicting characteristics - wry humor amidst sadness, compassionate bureaucracy. Hannah is the only angel to display any emotion, but her performance is pitted with a wig-tugging tick. Visually, the film is its own world. The brothers worked with a gray scale to achieve a black and white look although cinematographer M. David Mullen ("Jackpot") shot in color. (His lighting of the angel's abode uses an over reliance on dust-filled shafts of light. While the intention may have been a heavenly glow, it makes the set seem artificial.) Production designer dad Del Polish built the town, including the eerily emptied cemetery and landlocked ark. One of the film's most effective visuals is the surreal stilt-dog, which wobbles across the landscape, leading Irwin to the angels. As with most things in his dream world, Irwin's imagination has concocted this creature from the head of Father Harlan's cane. Sound design is in keeping with the otherworldly. Scandinavian chimes on the door of the angels' homestead, where Walter will later smell death. Stuart Matthewman's ("Jackpot") score features instruments as diverse as the saxophone and harpsichord. "Northfork" benefits from reflection, but there is no denying its flaws. The Polish brothers clearly have a vision, but it is rarified and they only succeed in conveying part of it. Their angelic creations look laughable in comparison with those of Wim Wenders and despite the film's strong visuals, we're left wanting at the end for the promised flooding of the plains. "Northfork" perhaps works best as a metaphor for the death of the pioneer spirit.