Next Time I'll Aim for the Heart 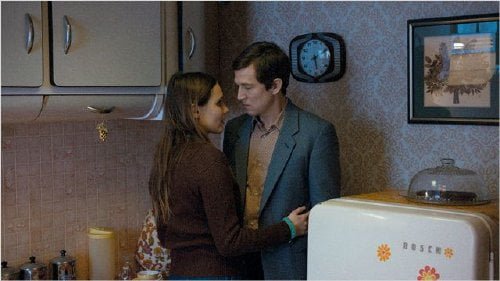 During a months long period from 1978-1979, a killer roamed the roads of the province of Oise in northwestern France. Somehow, the killer, though taunting the police with clues of his crimes, eludes their manhunt in “Next Time I’ll Aim for the Heart.”

Cedric Anger (a particularly good director’s moniker for this angry film) recreates the real life story of a series of brutal murders and attempted murders by a trusted enforcer of the law. Here is a case of “fiction is strange, but fact is stranger” as Gendarme Franck Neuhart (Guillaume Canet) dons his civilian clothes, steals a car and sets off to hunt a victim. “Next Time I’ll Aim for the Heart” chronicles the months that Neuhart spent honing his technique, moving from running down his victims to picking up hitchhikers, all women, shooting them and dumping the bodies. The irony of this true crime story is that Neuhart, on duty, is tasked to find the fiendish killer, essentially investigating his own crimes. This is a chilling concept and it is well executed in “Next Time I’ll Aim for the Heart.” Guillaume Canet gives a fine one man performance as the mentally unbalanced policeman bent on destruction – for others and, eventually, him. The actor skillfully depicts Neuhart’s schizophrenia from the normal, dutiful policeman by day and the brutal killer by night, when he randomly selects his victims. The possibility of this kind of horrific case has been fictionalized before, but when you realize that the events of “Next time…” actually happened, it gives one a great deal to ponder. Could this happen to us?