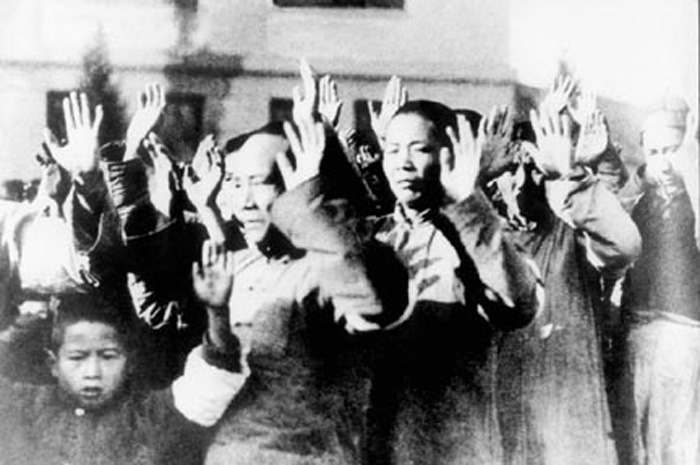 In 1937, the Japanese Army occupied the then capital of China, Nanking. The city had no strategic value and the wealthy and the politicians had abandoned it, leaving hundreds of thousands less fortunate without food, water and electricity. And, they must face the unbridled hatred of their occupiers who believe in the Three Alls – Kill All, Burn All, Loot All. The story of what is considered one of the greatest human atrocities of all time is brought to the screen in Nanking.”

Multi-hyphenate documentary filmmakers Bill Guttentag and Dan Sturman weave an intricate account of the Japanese invasion of China as it focuses on the inhabitants of Nanking. Inspired by the Iris Chang novel, The Rape of Nanking, Guttentag and Sturman put together hundreds of hours of newsreel footage, interviews with Chinese survivors and Japanese soldiers and staged readings by a notable cast to tell this violent and emotional story. Much of the voice-over narration and talking-head commentary gets its oomph via its cast of actors. One character, in particular, John Rabe (Jurgen Prochnow), has an incredible story. Rabe was a Nazi humanitarian (an oxymoron if I ever saw one) who worked for Siemens in Nanking. When presented with the imminent atrocities sure to be committed by the Japanese invaders, he and other remaining foreigners in the western sector form the Nanking Safety Zone, a demilitarized area intended to provide sanctuary for the beleaguered civilians. While outside the zone hundreds of thousands perished, those within had a degree of security, thanks to the brave foreigners who risked their lives. Other foreigners lay it on the line, too. American missionary Rev. John Magee (Hugo Armstrong), shot much of the shocking 16mm footage and stills of the Massacre used in the film. Minnie Vautrin (Mariel Hemmingway), the founder of the Ginling Girls College, harbored and saved thousands of girls from rape and brutality at the hands of the Japanese soldiers. Hospital administrator Bob Wilson (Woody Harrelson), saved thousands, including doctors and nurses, and provided eyewitness accounts of the atrocities. Many more of the foreign heroes are played by Stephen Dorff, Chris Mulkey, Sonny Saito, Rosalind Chou, Michelle Krusiec and John Getz, giving varied perspectives to the six-week “Incident” that claimed the lives of an estimated 300000 people. The eyewitness accounts of the Chinese survivors are chilling. One extended talking head narration by Chang Zhi Qiang, who was age nine at the time, tells of the bayoneting of his mother and baby brother by a Japanese soldier isn gut-wrenching simplicity and sadness. Other accounts by survivors, while not as involved as the latter, are used to excellent affect coupled with the Magee footage. As a history buff, I have had a long time academic interest in the Japanese atrocities of World War II, particular those that took place in Nanking. The movie, “Nanking,” clearly and intelligently lays out the tremendous social and political impact of those six-weeks’ events but also delivers on the personal effect it had on the survivors, both Chinese and foreign. It is a harsh story and the filmmakers do not try to sugarcoat or diminish its power and tragedy.