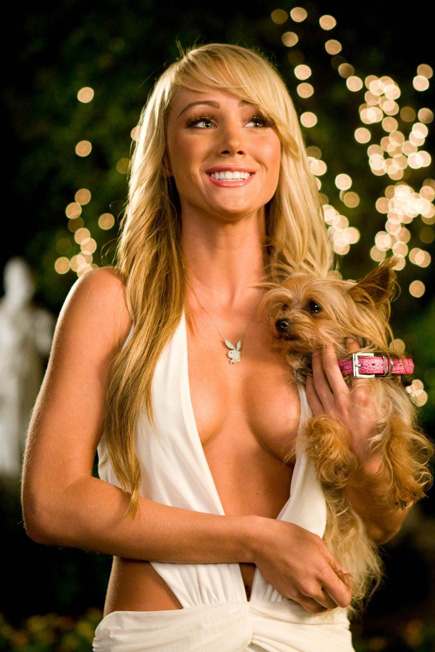 Eugene (Zach Cregger) and Cindi (Raquel Alessi), teen sweethearts, have been saving themselves for marriage. It is the night of the senior prom and, on this special occasion, they decide that it is time to put aside their chaste ways and do the dirty deed. Eugene’s best friend Tucker (Trevor Moore) talks him into fortifying himself with drink but before the couple finally does it, Eugene gets roaring drunk and falls down a flight of stairs. He awakens from a coma four years later only to learn the love of his life is now a Playboy Playmate and he must journey across country to find “Miss March”.

Newcomer filmmakers Zach Cregger and Trevor Moore wear multiple hats (as stars, writers and directors) in their debut work. The result is a typical road trip that uses gross out, the promise of sex and lots of raunchy humor. The 18 to 24 male demographic is the target for “Miss March” and it hits a bull’s-eye with them but falls far short of appealing to others. Uncontrolled crapping, which happens way too many times, is the kind of humor “Miss March” uses to appeal, but only to the lowest common denominator. Stars Cregger and Moore (who holds more than a passing resemblance to Matthew Lillard) play the innocent Eugene and considerably less innocent Tucker. Eugene is the straight man to Tucker’s bawdy comic relief as they bicker all the way from the Midwest to the famous Playboy Mansion in LA in their mission to get Eugene and Cindi back together. Along the way, they enlist the aid of rapper, Horsedick.MPEG (Craig Robinson), who can get them into the Hefner mansion. This relationship provides the film with its supply of raunchy humor. A cameo by Hugh Hefner exists only for the aging babe magnet to pronounce, “There is a bunny in each and every woman.” Road trip movies can be funny and appealing to all, like “Little Miss Sunshine,” or goofy, like “The Blues Brothers.” “Miss March” is amusing for those 18-to-24 and male but will likely be offensive to many not part of that demographic. (How many times do we have to see Eugene, atrophied by his coma, lose control of his sphincter? Once is too many.)