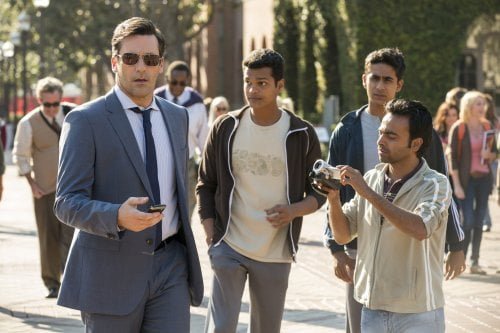 Sports agent JB Bernstein's (Jon Hamm) business is hanging on signing Popo (Rey Maualuga) with a new low cost strategy cooked up with partner Aash (Aasif Mandvi, "The Internship"). It all looks good until Popo demands a million dollar signing bonus. Dejectedly watching television, JB comes across the sport Aash loves but he doesn't understand - cricket - and gets an idea - why not develop an unknown Indian cricket bowler into a pitcher. With coach consultant Tom House (Bill Paxton, HBO's 'Big Love,' "2 Guns") dubious, but funding from investor Mr. Chang (Tzi Ma, "The Quiet American"), JB travels to Mumbai to kick off a nationwide contest to find the "Million Dollar Arm."