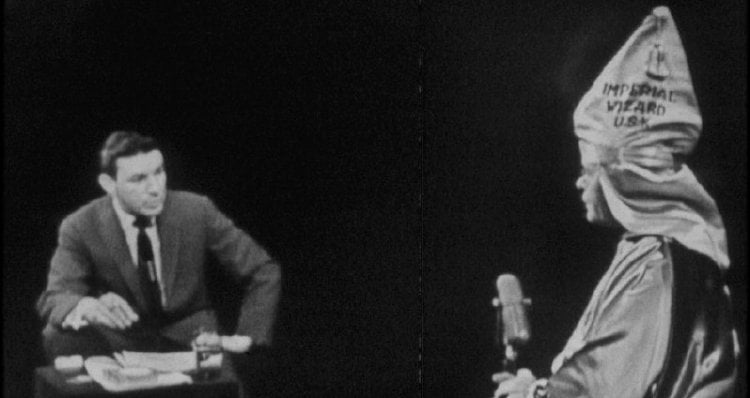 Mike Wallace was an icon of American news broadcasting for a half a century and, in his early days, an actor, a game show host and product shill. He is best known as CBS news anchor and co-host for “60 Minutes” and as the hard-hitting interrogator of the world’s rich and famous in “Mike Wallace Is Here.”

Take a look at a list of all of the people that Mike Wallace interviewed over his many years and you will find such names as, to cite just a few, Anwar Sadat, Menachem Begin, Barbara Streisand, Betty Davis, Pearl S. Buck, Frank Lloyd Wright, Vladimir Putin and, yes, Donald Trump. Documentarian Avi Belkin assembles these interviews, and many more, and chronicles Wallace’s long and illustrious life and career– known to many as a “real sonovabitch.” Or, “a bastard,” depending on who is doing the talking. For a history buff, “Mike Wallace Is Here” is a document covering over 50 years of our modern times, from earth-shattering events like the Vietnam War and the Iran Hostage Crisis, to the lives of the famous personalities of those times. Wallace’s career began at the time when television was coming into popular prominence, so we have a visual archive from the beginning. It is a treat to see such a concise look into the life of a man that has been a part of my life for the bulk of the time I have been on this earth. Like him or not, Mike Wallace had a valid reputation for asking his interview subjects the hard-hitting, and oftentimes controversial, questions that kept us glued to our television sets for the nightly news.