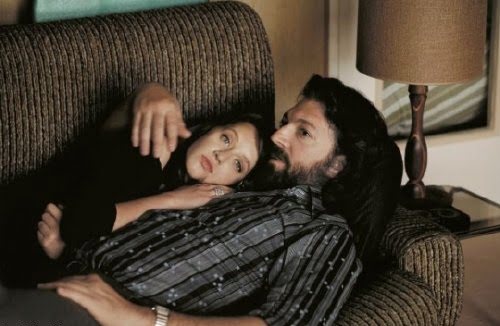 We first met uber-bank robber Jacque Mesrine at the start of his career in “Killer Instinct.” The second installment in Jacky’s incendiary story brings us up to date on the daring exploits of the man called “Mesrine: Public Enemy #1.”

Part two of the legendary French gangster's biopic has a longer runtime for a much shorter timespan and is, therefore, less choppy. Ironically, it's also a little less exhilarating if no less compelling. "Public Enemy No. 1" follows Mesrine from his most audacious breakout right from the courtroom in 1973 through his final two partners and last moll. His flirtation with the media intensifies and almost backfires while the gangster flirts with terrorism and revolution.

The documentary begins with a magician performing slight of hand card tricks for his audience, informing us that what we see is all a distortion of reality. This is a metaphor for what documentary filmmaker Robert Kenner (“Food, Inc. (2008)” turns into an expose of the wheeling and dealing of massive corporations whose goal is to deceive the public to make money – lots of money. These well-heeled businesses hire teams of “experts” to turn negatives, like nicotine is addictive, to positives: it is non-addictive and harmless (this statement was made before a congressional committee in 1994 by a representative of Big Tobacco). Kenner brings a righteous intensity to “Merchants of Doubt” in much the way he did with his Oscar-nominated “Food, Inc.” Here, though, he does not tackle one corporate entity but several – oil, coal, tobacco, flame retardant material makers. As such, the edge of the film is blunted by trying to expose too many corporate foibles. It is all very interesting, but does not tell me much that I did not know. There is one facet of the film that I did not know, though: the reason we have possibly carcinogenic flame retardant material in all of our furniture is because the tobacco industry did not want to produce a self extinguishing cigarette. This strikes home the incredible power of corporations to institute change for their own aggrandizement. I would have preferred that Kenner tighten his focus on one or two evil corporations. As it stands, the scattershot aim tries to take down too many targets. “Merchants of Doubt” does have a lot to say and it should be said, but it should have a tighter focus.