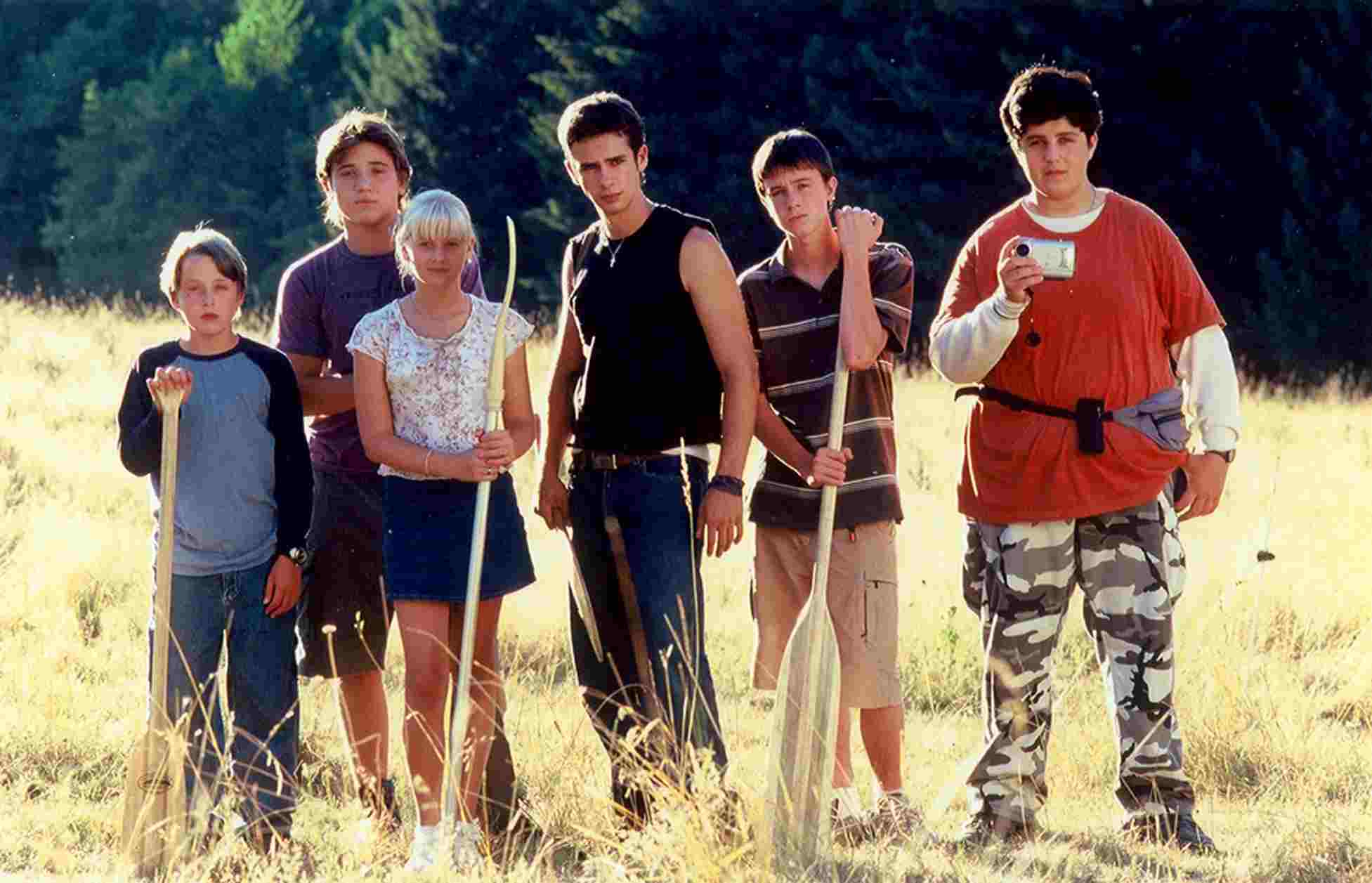 After a severe beating received in the school yard, Sam (Rory Culkin, "Igby Goes Down," "You Can Count on Me") confides in older brother Rocky (Trevor Morgan, "The Patriot"), who decides to teach Sam's tormentor George (Joshua Peck, "Spun") a lesson. Rocky and his over-eager buddy Marty (Scott Mechlowicz, "Euro Trip") cook up a bogus birthday boating trip for Sam so they can invite George, strip him of his clothes and abandon him miles from home. George, however, turns out to be a misunderstood, troubled kid that everyone but Marty decides to befriend. But evil intent, like the ripples of a stone dropped into a pond, will haunt that day on "Mean Creek."

First time writer/director Jacob Aaron Estes powerful debut is destined to be compared to 1986's "River's Edge," but whereas that film invoked shocked disbelief at the actions of a group of outcast teens, "Mean Creek" is more extraordinary in its exploration of the human ingredients of a tragedy using characters we can empathize with. Estes' amazing ensemble cast may turn out to be the 2004 version of Coppola's "The Outsiders," which featured such 'unknowns' as Tom Cruise, Matt Dillon and Diane Lane. Estes demonstrates how surface perception frequently hides an entirely different reality. George can be seen as a bully living a privileged life in a higher economic stratum than most of the other kids, but he's a learning disabled loner who lives in the self-contained world of his digital video diaries who lashes out at perceived threats. His mother is single and probably over indulgent (note the needlepoint pillow in George's room - 'If it's not one thing, it's your mother'). Sam's crowd has an entirely different set of problems. Marty is constantly having abuse heaped on him by his gun-toting older brother Kile (Brandon Williams, "Crossroads") and his obnoxious friend Jasper (Heath Lourwood). Quiet Clyde (Ryan Kelley, "Stolen Summer") is taunted for being raised by a gay couple. Rocky and Sam have a loving relationship that becomes ironic when Rocky's protectiveness of his brother fuels a need for revenge (Estes writes the hatching of this idea, a plan to hurt without physically hurting, couched between typical brotherly observations on J Lo and Heather Locklear) . The screenplay is a wonder of cause and effect. George is looking for the same thing as everyone else. He attempts to look cool to fit in and have friends, yet his verbal attack on Marty, which sparks the fuse of the film's climax, is based on a loss that he himself has probably suffered, albeit on a lesser scale. The cyclical nature of abuse is subtly drawn in Marty's backstory. A game of truth or dare becomes a chance to make others experience one's own fears, most poignantly when Sam's first kiss with Millie (Carly Schroeder, "The Lizzy Maguire Movie"), the lone female in the group, is embarrassingly public. Rory Culkin, the only name in the cast, continues to build an impressive body of work for someone barely in his teens. His Sam is a decent, thoughtful kid in the throes of an intelligently handled first romance (which can't help but recall older brother Macauley's 1991 "My Girl"). Carly Schroeder, who could pass as Reese Witherspoon's little sister, makes Millie a moral compass thrown into a situation she did not ask for. Schroeder's impassioned cries of disbelief on the riverbank are gut-wrenching. The actress's glance into a mirror upon her return home is an act more usually associated with the loss of virginity and Schroeder puts the metaphor across. Peck brilliantly captures the delicate balance of awkwardness and oblivion displayed by people used to being rejected but unaware of their own peculiarities. His buoyant proclamations are misted in a slight spray of spit. Mechlowicz carries the weight of predestiny beneath a playful veneer that makes his friendship with the more grounded Rocky acceptable. Using hand held camera and natural light, director of photography Sharone Meir gets the sun dappled greenery of a perfect summertime day (the film was shot on the Lewis river on the Oregon/Washington border) while keeping us focused on the kids' unfolding drama. Production designer Greg McMickle subtly contrasts George's privileged home against the humbler abodes of the other kids. Original music by Tomandandy (“The Mothman Prophecies") is atmospheric without being obtrusive. The film's R rating is for some nonchalant scenes of pot smoking and some minor swearing that seem perfectly natural for the age range of the characters. "Mean Creek" is one of the best films of the summer and should be seen by anyone looking for intelligent, provocative fare.

Lee Alexander McQueen (1969-2010) was an infant terrible of the international fashion industry for much of his short, rags-to-riches career that ended abruptly when he committed suicide shortly after his mother’s death. His life is examined and chronicled in McQueen.” I know of Alexander McQueen and his career mainly because of my fashion maven wife and fellow critic, Laura. (I think she has a McQueen knockoff. I think.) Beyond that, though, I knew next to nothing about the designer, his work and his life. After sitting through the nearly two-hour documentary by co-directors Ian Bonhote and Peter Ettedqul, I learned some of the facts of that life but, in the end, I found myself feeling uninvolved in McQueen’s story. The one aspect of “McQueen” that I did find interesting and wanted to know more about was his longtime relationship with his muse, fashion editor Isabella Blow. Their years-long collaboration ended abruptly when McQueen cut her out of his life. I wanted to know more about that. The rest of the film is rife with the designer’s controversial runway shows with titles such as the Highland Rape collection. Personally, I do not like his fashion and, as one truly ignorant about haute couture, I am definitely an outsider and not the audience “McQueen” is aimed at. That audience will likely enjoy “McQueen.”