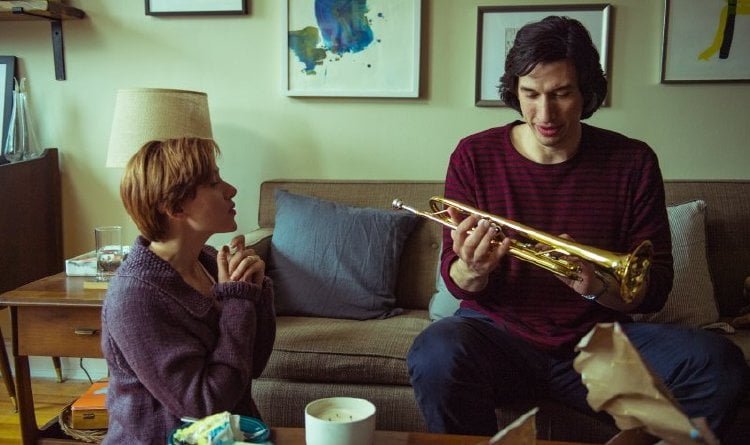 As we see Nicole (Scarlett Johansson) in action, we hear her husband Charlie (Adam Driver) listing all the things he loves about her, from how she really listens and gives great gifts to her quirky habit of constantly brewing cups of tea she never drinks. Nicole does the same, noting Charlie’s confidence, lack of vanity and self-sufficiency, but when it is revealed that these letters were written as an exercise for a divorce mediation, it is the beginning of the end of a “Marriage Story.”

New York City based writer/director Noah Baumbach has made a lot of good movies, some, like "the Squid and the Whale," verging on great. His latest, an at times joyous but more often frustrating and painful exploration about how the blind spots wired into our perception of the world have unintended consequences, is simply the best thing he has ever done. This beautifully acted and directed, profoundly moving and relatable work just might shatter your heart into a million pieces.

Having ditched a potential Hollywood career after a prominent role in a teen comedy to support Charlie’s New York-based theatrical career, Nicole feels like her identity has been usurped by her playwright husband’s fame despite her starring role in his theater company. When she gets an audition for a television pilot back in her home town, she heads out to stay with mom Sandra (Julie Hagerty), bringing her and Charlie’s child Henry (Azhy Robertson, "Juliet, Naked") with her. Everything goes well. A new female colleague hears about Nicole’s marital woes and insists she see lawyer Nora Fanshaw (Laura Dern). Although Nicole and Charlie had agreed to not bring lawyers into this, Nicole responds to Fanshaw. The two women click, Nicole giving both Nora and us a summary of her marriage and what has driven her to liberate herself from it while rejecting anything Nora suggests which she finds ‘too aggressive.’ You can still feel Nicole’s love and concern for the man she is divorcing, even after learning that he cheated on her with another member of their troupe.

Back in New York, Charlie is up to his ears transferring his celebrated avant garde production from Off Broadway to The Great White Way with a new leading lady. He rejects Mary Ann’s (Brooke Bloom) attempt to rekindle their relationship and takes a trip out to L.A. for a visit where we learn mother-in-law Sandy is one of his biggest fans (it is she who recommends his initial lawyer, Bert Spitz (Alan Alda)). He’s also served divorce papers by his nervous sister-in-law Cassie (Merritt Wever), Nicole’s gentler plan upended by a chaotic household. Then he’s delivered an aftershock when his assumption that Nicole and Henry were only in L.A. temporarily proves yet another misunderstanding in a marriage stacking up with them. Before he’s had a chance to digest, Charlie finds himself in an unexpected custody battle and dire financial straits.

Baumbach’s created so many layers here, so many external forces affecting these two people’s inner lives, that we come out of his film wondering just how anybody survives divorce. And yet it’s the little things which make the hugest impact. When he says he’s ‘feeling shaggy,’ Nicole trims his hair, just as she always has. In his effort to make memories with his son, Charlie punishes them both with a ‘second Halloween’ that neither of them enjoys. Things which were once as natural as breathing are now awkward and forced.

It’s the lawyers, though, who magnify everything, client asides made in passing turned into lethal weapons in court. If Nicole confides in Charlie that she’s a little unsteady after drinking wine, he’s horrified when Jay (Ray Liotta), his second lawyer, turns it into a public accusation of unfit motherhood. Nicole doesn’t notice her lawyer’s own agenda until it is explicitly stated (in a powerful monologue by Dern), the aggression she never wanted gaining momentum. But Nora is astute, calling Charlie’s attitude out with his simple substitution of a word when a situation applies to him and not Nicole, something Nicole is too close to to notice.

Although the film shows us both sides of view, it is more weighted toward Charlie, which is only natural if Baumbach is writing from personal experience (he divorced west coast based actress Jennifer Jason Leigh in 2010) and because he is the one being left and, therefore, more shell-shocked. Driver is brilliant here, a man at the height of his career (he is given a ‘genius grant’ right after Nicole leaves) desperately trying to not go under and clueless to his own self absorption. Johansson gives a sunnier performance, a woman rejuvenated by her big life decision, yet one who mourns what she is about to lose in private. The two are never better than when attempting to ‘talk,’ an exercise which boils over into a scathing screaming match that ends with Driver’s breakdown and Johannson’s comforting. Both get separate scenes in which to sing songs from Sondhem’s ‘Company’ in keeping with their characters, Nicole’s upbeat, Charlie’s mournful. (Randy Newman’s score is also notable, a very pretty embellishment.)

Support is strongest in the legal realm, Dern a savvy go-getter, Alda an ineffective humanist, Liotta a shark. As an in home evaluator who witnesses Charlie’s increasingly weird behavior, Martha Kelly is in ‘Baskets’ mode. One wishes for more Wever while Hagerty offers little to support her character’s comparison to Nicole. Actors cast as new partners for Nicole are bland, perhaps intentionally. Wallace Shawn is the most notable member of Charlie’s troop (because he’s Wallace Shawn). Young Robertson is well directed, emoting both the cuteness and casual cruelty of childhood.

Baumbach’s found his perfect ending, too, one that is both hopeful and gut-wrenching. Charlie’s learned something, but alas he has learned it too late. “Marriage Story” may sound like an ironic title for this modern day “Kramer vs. Kramer,” but it is one, albeit one told by looking in the rear view mirror.