Margot at the Wedding 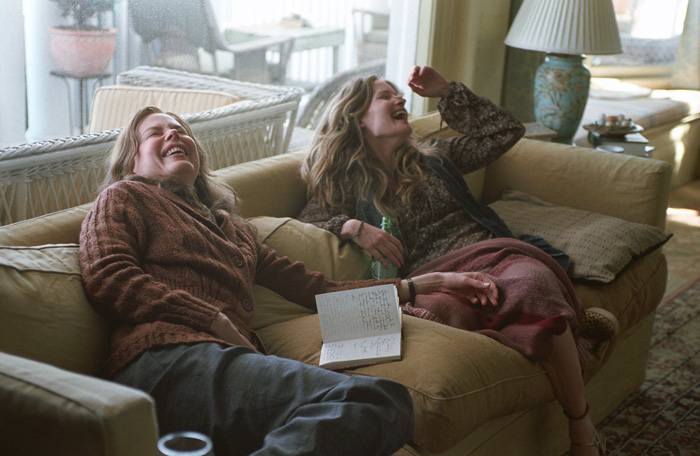 Margot (Nicole Kidman) and her pubescent son Claude (Zane Pais) are making the trek to attend the wedding of her long-estranged sister Pauline (Jennifer Jason Leigh). The control freak and highly opinionated Margot balks at the nuptials when she meets the fiancé, Malcolm (Jack Black), an unemployed, overweight “artist” whom she immediately deigns unworthy of her sister. Always conniving and manipulative, she decides to drive a wedge into the proceedings in “Margot at the Wedding.”

Noah Baumbach directs and writes his sophomore follow-up to his marvelous, Oscar-nominated debut, The Squid and the Whale.” The result is a more ambitious but not as good film that has a more manufactured, and far less organic, feel than its predecessor. In “Squid,” you loved and hated each of the principal characters, viewing each with mixed emotions. In “Margot,” these emotions are simpler with Margot an unlikable, self-possessed woman who does nothing unless it is to her own advantage. Margot at the Wedding” is loaded with characters, a problem that the lean and mean four-hander “Squid” avoids. As such, focus varies from tight, with Margot and Pauline, to fuzzy, with Margot’s former amour, Dick (Ciaran Hinds, wasted here), and her ex-husband Jim (John Turturro). In between, are Malcolm, Claude, Pauline’s daughter Ingrid (Flora Cross), Dick’s sexpot daughter, Maisy (Halley Feiffer), plus a family of redneck next-door neighbors, the Voglers. With all these hands in the pie, things get messy. Although “Margot” is a fragmented work, there is something mesmerizing in it: Nicole Kidman as the title character. Margot is the type of person you can love to hate. She is so self-centered, selfish and caustic – blithely telling of Pauline’s secret pregnancy or publicly castigating friends because they do not agree with her – there is nary a likable bone in her whole body. Margot’s redemption or comeuppance would have been a more satisfying finish for the film. Jennifer Jason-Leigh, an actor known for her edginess in her characters, is more laid back than I have ever seen her. Earth mother, hippy, flower child are all descriptors for Pauline as she tries to rekindle the old friendship (if there ever was one) with her estranged sister. If anything, Pauline is too nice a character for Jason-Leigh’s dynamic acting style. There is a problem with the Malcolm character, too. I hate to say it, but I agree with Margot. Slacker Malcolm is not worthy of Pauline and I have to wonder why helmer/scribe Baumbach would pair two such unsuited-for-each-other people. The rest of the supporting cast, from Claude to the Voglers, is there to give complexity to the basic story of two sisters estranged by personality. Baumbach, I think, felt he needed to show his gift for creating finely tuned characters but over does it in “Margot at the Wedding.” The film looks great with master lenser Harris Savides using natural light and vintage cameras to give it an organic look. The Long Island, New York settings look gorgeous but also make me wonder how Pauline, who seems to have no discernable income, can afford such a homestead. Baumbach packs a lot into the 91 minutes it takes to tell “Margot at the Wedding.” His packing, though is sloppy and it is hard to find madness to his method. Kidman is fascinating to watch but her character is akin to fingernails scraping across a chalkboard. Better luck next time for Noah Baumbach.