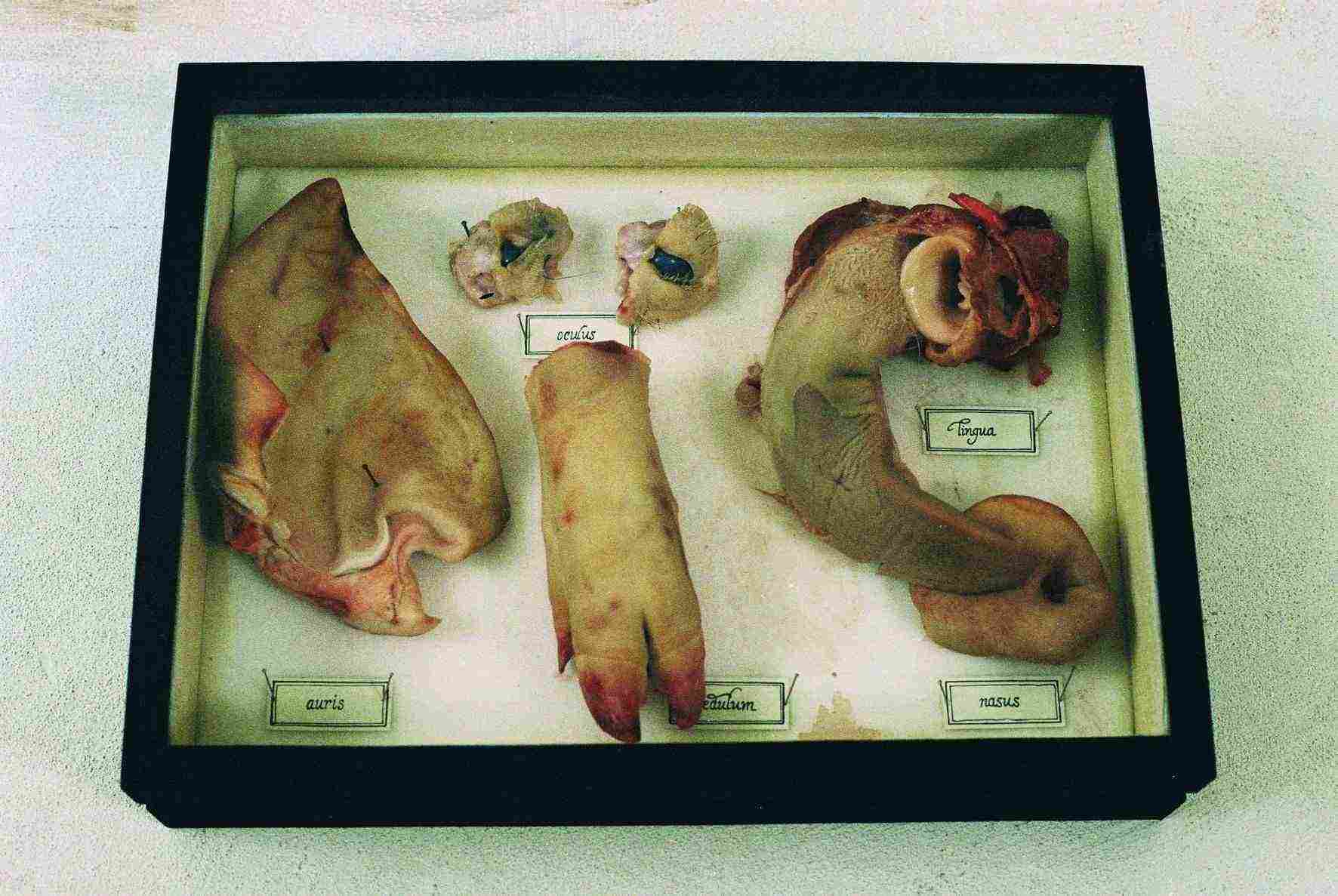 Czech stop motion animator/director Jan Svankmajer ("Alice," Conspirators of Pleasure," "Little Otik") has adapted and combined works by Edgar Allen Poe and the Marquis de Sade in a film he introduces as a horror film, not a work of art. A modern day Everyman, Jean Berlot (Pavel Liska, "Up and Down," "Something Like Happiness"), whose mother has just died in a madhouse, meets up with the Marquis (Jan Triska, "Apt Pupil," "Zelary," "Up and Down") and is horrified by his blasphemous and criminal behavior, but something worse awaits him when order is restored to Charenton, the hospital the Marquis takes him to. Svankmajer's ideological debate on the running of an insane asylum is his rumination on how today we live with the worst of both absolute freedom and control in a state of "Lunacy."

Berlot awakens to the sound of someone trying to get into his room. He cowers under the covers as he watches his shirt crawl across the floor and open the door. Two large men enter determinedly with a straight jacket and Berlot fights like mad until his face is slapped and he is told to wake up. An angry innkeeper has awoken his guest from a nightmare and that guest has wrecked the room. But salvation awaits downstairs in the dining room where a richly bedecked man, the Marquis, pays for the damage and invites Jean to dinner. The Marquis takes Jean under his wing, taking his to his country estate in the horse drawn carriage driven by his mute manservant Dominic (Pavel Nový, "Little Otik"). That evening, Jean observes the Marquis staging a sort of Black Mass, where his guests gorge themselves on chocolate cake as he bangs hundreds of nails into a life sized crucifixion statue. A chained young woman tries to escape, but Jean does nothing to help her and watches as she's dragged back in to sexually service the Marquis, now dressed in obscenely decorated Church robes. The next morning, Berlot protests the Marquis' behavior, but the Marquis rebuts him with his beliefs on imagination, rebellion and the pursuit of personal pleasures. Later, when Jean finds the Marquis on what appears to be death's door, the Marquis gets Jean to promise to follow Dominic's every instruction. Jean finds himself an accomplice in burying the Marquis alive in the family crypt, but come daylight, there is the Marquis dining alongside the coffin he has hacked his way out of with hidden tools. Here is the tie that binds them - Jean is haunted in nightmares by his mother's madhouse death while the Marquis must relive his mother's suffering in having been inadvertently sealed in the crypt before her time. The Marquis offers to take Jean to a place that can help him. The film's second act takes place at the infamous Charenton insane asylum where Jean discovers that chained young woman, Charlotte (Anna Geislerová, "Zelary," "Something Like Happiness") is nurse to the experimental Dr. Murlloppe (Jaroslav Dusek, "Zelary," "Up and Down"), who seems to be letting the inmates run wild (therapy includes such things as throwing paint at a writhing nude obese woman and the Marquis's staged revolutionary tableaux). Charlotte confides in Jean that Murlloppe has overthrown the hospitals real doctors, who were tarred and feathered and are kept locked in the basement. With Charlotte offering herself as distraction for one of the Marquis' debauches, Jean frees the doctors, including former hospital head Dr. Coulmiere (Martin Huba, "Divided We Fall," "Up and Down," "Something Like Happiness") who 'treats' patients with corporal punishments rated in extremity from one to thirteen. Dominic, we learn, is the victim of treatment number eight. Svankmajer presents his film as the worst of two extremes, but he clearly favors the side of the Marquis, beginning the film with 'La Marseillaise,' and putting a traitor in the Marquis' midst whom Jean fails to recognize. The director uses two Poe short stories ("The Premature Burial" and "The System of Doctor Tarr and Professor Fether"), to plot his film and the words of de Sade to inflame it. While the real de Sade was accused of harming servants and children, this Marquis appears to harm no one in his pursuits of pleasure, yet Coulmiere's words reveal utmost cruelty. Svankmajer's creepy stop motion features the remains of Coulmiere's treatments, amputated tongues which crawl through the mud, meat that slices itself away and disembodied eyeballs which pop into skulls. "Lunacy" is subversive and horrific fun. While not as unsettlingly creepy as "Little Otik," it is a more consistent and thought-provoking piece of work that finds Svankmajer at the top of his game.