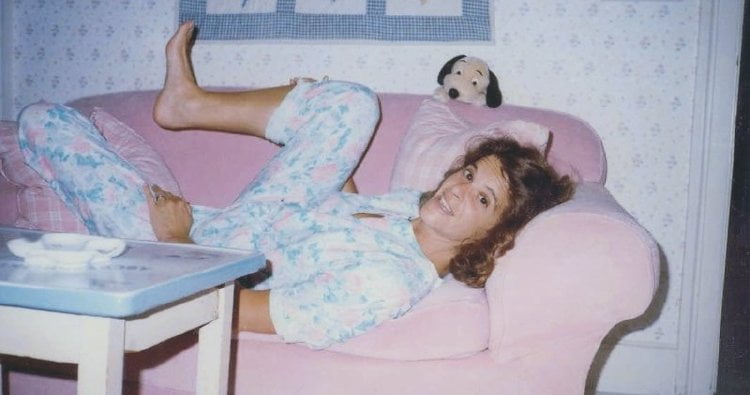 Gilda Radner, from when we first saw her in the debut show of Saturday Night Live back in 1976 to when she was taken from us all too soon at age 41, has always had a place in our hearts. Documentary filmmaker Lisa Dapolito, with access to Radner's recently discovered audio recordings, allows us to hear her story in her own words in “Love Gilda.”

When Lisa Dapolito was tasked with making a fundraising video for Gilda's Club, the non-profit supporting cancer patients founded by Gene Wilder, she began to realize just what a legacy the comedienne had left. Gifted with access to Radner's lifelong collection of journals, photos, home movies and the 32 hours of audio cassette tapes she recorded in order to write her posthumously published book 'It's Always Something,' Dapolito uses the voices of friends and the original SNL cast member herself to find Radner's truth in "Love, Gilda." For a documentary about a comedienne whose greatest gift was joy, "Love, Gilda" is quite the downer. I'm not talking about the sadness one feels at seeing the woman's life cut short just as she'd finally achieved personal happiness in her marriage to Gene Wilder, but in the way Dapolito has chosen to portray her. Gilda's own words are one thing, but I doubt she'd describe herself as 'needy,' a woman so dependent on the love of a man that she went through scores of them to affirm her own self worth. While there may be truth to this characterization, its emphasis here is depressing. The film begins well, with SNL players past and present (Amy Poeher, Bill Hader, Maya Rudolph) reading from her journals, some, like Melissa McCarthy, becoming verklempt reading her handwritten notes. Dapolito goes back to Radner's childhood, where her mother obsessed over her weight and her beloved dad died when she was twelve, before tracing her career, finding her way onto the Toronto stage (in 'Godspell' with Martin Short!) after feeling unfulfilled as a stay-at-home homemaker (her relationships before Wilder are given short shrift, this guy simply disappearing). Chicago's Second City followed, where she was tapped by John Belushi to be 'the girl' for the Harvard Lampoon, a role Gilda had no problems with. If Gilda wasn't exactly at the forefront of the feminism movement, it might be because she was the child of much older parents who perhaps instilled the values and traditions of a double generation gap. She spent more time with her nanny, Dibby, the inspiration for Emily Letilla. And while we see Gilda in various comedy incarnations, including her one woman Broadway show, it is only those SNL characters who really made me smile. "Love, Gilda" is curiously lacking in laughter, instead enveloping us in sadness for a woman always looking for love and, having found it, facing a difficult death. Grade:

This is a heartfelt love letter, by first-time director Dapolito, to the friends and fans of Gilda Radner. Gilda’s narration, her musings, memories and poetry are supplemented by the talking head interviews and readings by those who knew and loved her way back when. Lorne Michaels, who speaks fondly of Gilda, made her a super star on Saturday Night Live. Larraine Newman, Chevy Chase. Martin Short, Paul Shaffer and her brother Michael also talk freely and intimately about their dear friend and what life was like with her, and without her. Others, strongly influenced by Gilda’s comedy and the characters she created, include Maya Rudolph and Amy Poehler, who read from Radner’s journals, letters and poems. Time is deservedly spent on Gilda’s short life with her true love, best friend and husband, Gene Wilder, who stood by her during her losing battle with ovarian cancer. The homage being paid to Gilda is obvious but, at a brief 88 minutes run time, far too much of her meteoric career are quickly said and put aside. There must be plenty of additional material available that could have been used to flesh out the inner life of the comedian and actor. Here, less is not more, and more might have been a better bio-pic.