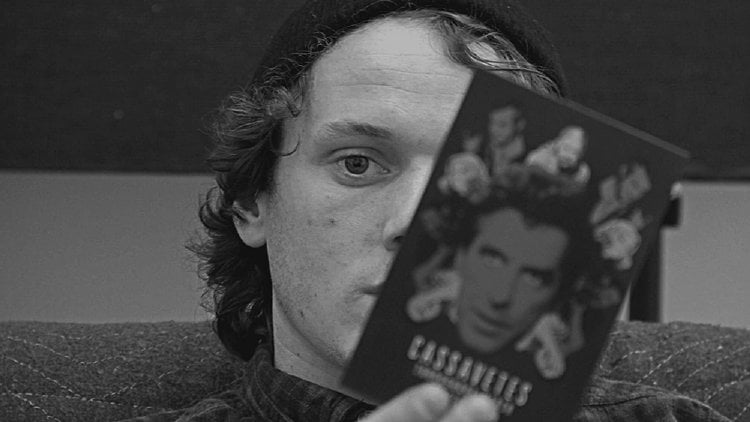 In 2016, 27-year old actor Anton Yelchin died in a freak accident with his Jeep Cherokee. During that short life, the actor was involved some 69 movies and TV projects. Director-producer Garret Price assembles many talking head interviews, home movies and Yelchin’s own words (narrated by Nic Cage) in “Love. Antosha.”

The young, Russian born actor Anton Yelchin completed sixty-nine film and television projects by the age of twenty-seven and had just secured financing for his "Taxi Driver"-inspired directorial debut when he died tragically, pinned between his recalled Jeep and an iron gate. He racked up an astonishing amount of experiences in his short life all while quietly battling cystic fibrosis. He was the only child of Russian ice dancers Viktor and Irina with whom he shared an unusually close and appreciative bond, writing countless cards and letters to his mother, always signed "Love, Antosha." Never has the phrase 'labor of love' been more appropriate as it is for this incisive, engrossing and often surprising documentary on the beloved young actor. After learning that Yelchin's parents had been archiving his letters, journals, films and home movies, producer Drake Doremus, whose breakout feature "Like Crazy" starred Yelchin, tapped his friend Garret Price to make his own directorial debut. Price didn't know Yelchin, a benefit perhaps in his approach to an astonishing life, one which even filmgoers familiar with the actor's work will likely be amazed by. "Love, Antosha" is the story of a curious, selfless friend to many, a family of immigrants who flourished in the U.S., a multi-talented artist whose musicianship and photography were as dynamic as his screen work and a cinephile working his way through the history of film. Yelchin's parents were forced to leave almost everything behind when they fled Russia during a wave of anti-Semitism, arriving in the U.S. with their six month-old, $8,000 and no English. We meet Anton as an irrepressible five year-old, hamming it up for the camera in a 101 Dalmatians shirt. We hear the young actor tell of how he knew he wanted a life in movies at an early age, "The Last Action Hero" and "Space Jam" being original favorites. His love of 'Ahnuld' carried him through his first audition at 9, impersonating Schwarzenegger to get cast in a Chuck E Cheese commercial. (A later improvised audition, in which he did a magic trick for Larry David then refused to tell him how it was done, was so spot-on, David simply used the scene in 'Curb Your Enthusiasm.') Yelchin's first movie role ("A Man Is Mostly Water") got him into music, his mother buying him a guitar which he taught himself to play. He could sing too, as illustrated here in recorded performances of his band, The Hammerheads. At the age of fourteen, Kristen Stewart was besotted by him, but also intimated. When the man who loved and was loved by women lost his only serious girlfriend years later, he called Stewart to apologize for what he put her through now that he had an understanding of it. After having spent much of his youth making short films with a friend, Yelchin got into still photography with startling results, a real talent, his choice of subjects often found in sex clubs. His "Star Trek" costar Chris Pine, who clearly loved him, was freaked out by his friend's escapades, something their director J.J. Abrams calls significant. His mother chuckles relating that she wears her son's jeans jacket, his condoms still in its pockets. It was with his mother than Yelchin had his closest relationship, friend Jennifer Lawrence recalling being baffled by his excitement at his mother coming for a set visit. Irina withheld his CF diagnosis from him throughout his childhood, fearing his imagination would run away with him, then worried constantly throughout his working years, the young actor never taking a break. But although it was known from an early age that Anton's life would be cut short by disease, his fatal accident, which ironically left him unable to breathe, took our collective breath away with the sudden, cruel loss it inflicted. Price closes on a lovely note, Yelchin's parents releasing heart shaped balloons into the air at the Hollywood Forever Cemetery where they visit his grave every day. With "Love, Antosha," Price has given them - and us - a living document of an extraordinary life. Grade:

I was familiar with Yelchin’s career, mainly because of his endearing performances as Pavel Chekov in J.J. Abrams reboot of the “Star Trek” series, starting in 2009 through to his posthumous appearance in “Star Trek Beyond (2016).” Those films just scratch the surface of the number of works he was involved in, from his own short films as a kid through the many films and TV series he appeared in until his untimely and tragic death. When you watch “Love, Antosha,” – the title is from his last line in all of the many, many letters, notes and cards he sent to his beloved mom, Irina, and father, Viktor – make note of the long list of family, friends and film colleagues who contributed in their praise for young Yelchin, personally and professionally. (I was going to list just a few of the personalities taking part in this heartfelt homage but – look the list up if you are interested.)