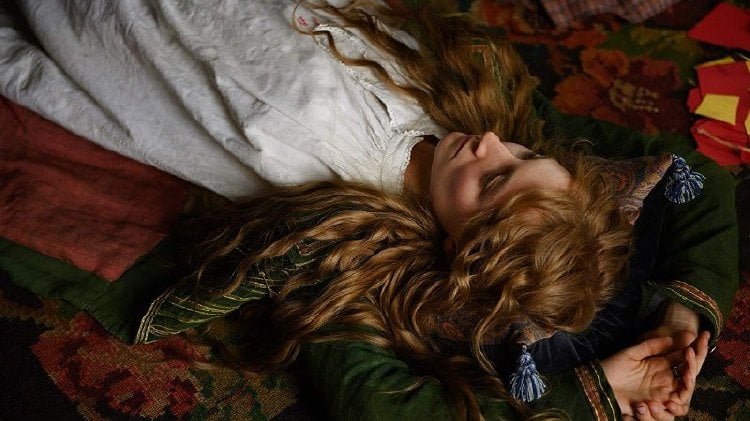 When we first meet her, Jo March (Saoirse Ronan) is living in a boarding house in New York City, trying to support her family back in Concord, Massachusetts by selling stories to Mr. Dashwood (Tracy Letts). Publishing isn’t the usual outlet for a young woman during the time of the American Civil War, but Jo is bucking the necessity of marriage for her sex’s economic survival while her older sister Meg (Emma Watson) and younger sisters Amy (Florence Pugh) and Beth (Eliza Scanlen, HBO's 'Sharp Objects') each find their own way as “Little Women.”

Writer/director Greta Gerwig ("Lady Bird") adapts the Louisa May Alcott classic with a flashback structure that sees Jo reflecting back upon the events which led the sisters to meet Theodore 'Laurie' Laurence (Timothée Chalamet), his wealthy grandfather Mr. Laurence (Chris Cooper) and his tutor, John Brooke (James Norton, "Belle"), a connection which would forever change the destiny of the March women. Gerwig takes an approach both modern and Austenian, emphasizing the connection between money and freedom in the lives of nineteenth century women. The hugely talented Ronan has never been better while Florence Pugh wrangles a refreshing take on Amy under Gerwig’s direction, weighting her character’s self-centeredness with a realistic self awareness of her own shortcomings in making her way in the world.

In a cozy Concord home whose patriarch is away at war, the headstrong, Bohemian would be writer Jo whips up plays to perform with Meg, who aspires to the stage, and Amy, who yearns to study painting in Paris. The youngest, the quiet, gentle Beth, is largely considered the best of them, her humility something to aspire to. Mother Marmee (Laura Dern) watches over her brood with the help of housekeeper Hannah (Jayne Houdyshell), but is spread thinly as she keeps tabs on neighbors in need.

And it is need of the chivalrous sort which brings Laurie into the March household as he escorts Meg home from a dance after she twists her ankle. He famously hits it off with Jo, a seeming soulmate, while Amy crushes quite openly. As the sisters become acquainted with the Laurence household, Jo marveling over their vast library, Beth admiring the piano, Meg takes note of John Brooke’s attention. When Mr. Laurence spies the sisters transporting their Christmas breakfast across the snow to a needy family, they will arrive back home to a much more lavish spread. He will become particularly fond of Beth who is invited to play piano at her leisure.

Wealthy Aunt March’s (Meryl Streep) help is more self serving in nature, employing Jo to read to her, dangling a trip to Europe as her companion and advising her to marry well. ‘You’re not married,’ Jo retorts. ‘I don’t need to be – I’m rich,’ replies Aunt March. Then a proposal is made to Jo and her devastating rejection upends everything.

The film, which was shot on location in Alcott’s Concord, Massachusetts, is a vintage Christmas card of a production, all snow and sleighs, warm hearths and attics stuffed with amateur play props. Cinematographer Yorick Le Saux ("Personal Shopper") gives seaside and Parisian scenes a bluer palette. Alexandre Desplat's classical violin and piano based score bridges both exhilarating and quiet moments. Jacqueline Durran’s ("Atonement") beautiful costuming defines both characters and class.

This is the eighth adaptation of the classic for the big screen (including two silent versions) and while it is proving divisive in some circles, it is, to my mind, the best.