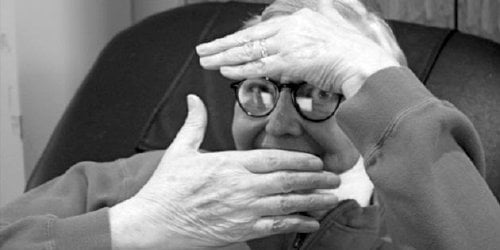 Roger Ebert has been one of America’s pre-eminent film critics for decades. He is best known for his many years paired with fellow critic Gene Siskel on TV’s “Sneak Previews” and “At the Movies” and is the first film critic to receive a Pulitzer Prize. Documentary filmmaker Steve James (whom Ebert brought to national attention with his glowing review of the director’s “Hoop Dreams”) delves into his career and the man’s “Life Itself.”

Documentarian Steve James, whose "Hoop Dreams" had been championed multiple times by Gene Siskel and Roger Ebert, was asked to make a documentary based on Ebert's autobiography. Just five months before his death, James began his project, capturing not only Ebert's medical struggles, but his incredible spirit, which did not flag until the day before he died in "Life Itself." More of a companion piece to Ebert's book than a filmed version, James's work begins with two dedications - Chaz's 'A Celebration of Life,' held in a Chicago theater and flash backs to Ebert's Hollywood star ceremony. The filmmaker then jumps in to what he faced on his first day of shooting - Ebert had suffered a fracture during the night which sent him back to the hospital yet again. Much of James's Ebert footage is from rehab or the hospital and twice we witness his feeding process through a tube, tough scenes to take but ones which Ebert emails James about to tell him he's glad he captured something no one's ever seen in a movie. Using old photographs, we learn about his rise as a newspaperman, one whose part time job at the Sun Times turned into the one he'll forever be remembered for when the paper's film critic retired, a case of being in the right place at the right time. We hear about his days of heavy drinking and poor taste in women (until Chaz, that is, who relates here for the first time that the couple met at an AA meeting). A significant amount of time is, of course, devoted to Siskel and Ebert's 'Sneak Previews' and 'At the Movies.' Many have seen the outtakes from these shows where the two needle and snipe at each other relentlessly, but the degree of rancor witnessed here is significant. These two couldn't have been more different, Siskel a Playboy mansion regular who wrote for the more upscale Chicago Tribune, Ebert the blue collar guy who wasn't above squiring around a hooker. But these two did eventually become fast friends and Siskel's wife Marlene, interviewed for the first time, is the film's most eloquent speaker. Also of note is the resistance from New York and L.A. in picking up the Chicago based show. The film is far from a hagiography, noting that Ebert loved the sound of his own voice and could be a bit of a blowhard. His TV show was blasted in Film Comment by Richard Corliss and Chicago Reader critic Jonathan Rosenbaum opines that it favored blockbusters over small films. The latter charge is rebutted, as the duo supported many independent filmmakers and tub thumped for their movies. Another charge - that Ebert befriended many of those he wrote about, a practice frowned upon by many - is countered by Martin Scorsese, a friend who remembers Roger's less than glowing review of "The Color of Money." Chaz, the love of Ebert's life, is shown growing testy when Roger is uncooperative about making his way up some stairs. (She also admits here her anger over his having signed a Do Not Resuscitate form without her knowledge and says that while she would have done anything to continue his battle, that there was extreme peace at the moment of his passing.) James includes a few examples of Ebert reading his own reviews over clips of the movies in question. Then we see how the man who'd literally lost his voice procured a new one via his blog where he wrote about everything under the sun and if there's a weakness in this film it is that we don't hear enough about this fine work. Ebert was a well known raconteur, but those amazing stories are given short shrift. Still, with a two hour running time, James had to cut somewhere.

Steve James does a thorough job in chronicling Roger Ebert and all his many accomplishment in a career that began as a part time job as film critic, in 1967, for the Chicago Sun Times – a job given to him when his predecessor abruptly died. While Roger Ebert, at the end, was nearly sanctified by the public, James shows us his early days at the University of Illinois, Urbana, as the editor of the school paper and a hell raiser, too This is a true labor of love by the makers of “Life Itself,” which includes executive producers Martin Scorsese (who served also as an interview subject) and Steve Zallian. The talking head interviews include Werner Herzog (who dedicated his film “Encounters at the End of the World” to Roger Ebert), documentarian Errol Morris, film critic A.O. Scott, Ebert’s wife, Chaz, and others who knew and loved the man. Steve James follows several paths in telling us about the life and times of Roger Ebert. One follows his career from the early days with the Sun Times through his long years of reviewing films and bringing those reviews to the nation. Ebert rubbed elbows with the most notable movie celebrities and travelled the world to attend film festivals and give lectures on film criticism. Full shrift is given to his rocky relationship with rival critic Gene Siskel, who was film critic for the more prestigious Chicago Tribune. They were opponents in print and, when you see the offstage videos from their shows, you see that they behave like bickering kids in the school yard. But, over the years, the pair developed and odd-couple kind of love for each other – Ebert was hurt when he was not told when Siskel was diagnosed with brain cancer. What rounds out “Life Itself” is the coverage of Roger Ebert’s last years when he was found to have thyroid cancer, which soon spread to his jaw. The film shows the fight that he put up for years to survive. What got him through the endless operations and declining health was his marriage to his wife, Chaz, when he was 50 years old. She stood by him for the duration of his illness and the love between the two is palpable. It is hard to watch someone who was in our lives for so many years as he faces his end (Ebert ordered Do Not Resuscitate his last time in the hospital). Anyone who watched Siskel & Ebert argue over movies will have a vested interest in “Life Itself.” I think it is a given that all true film fans, especially budding film critics, must see this film.