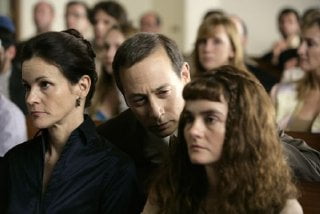 Back in 1998, writer/director Todd Solondz introduced us to his uniquely dysfunctional trio of sisters and the grossly perverse men who orbited them in "Happiness." Twelve years later he revisits these characters, as well as his earlier "Welcome to the Dollhouse's" Weiner dad and son, all played by different actors and actresses in "Life During Wartime."