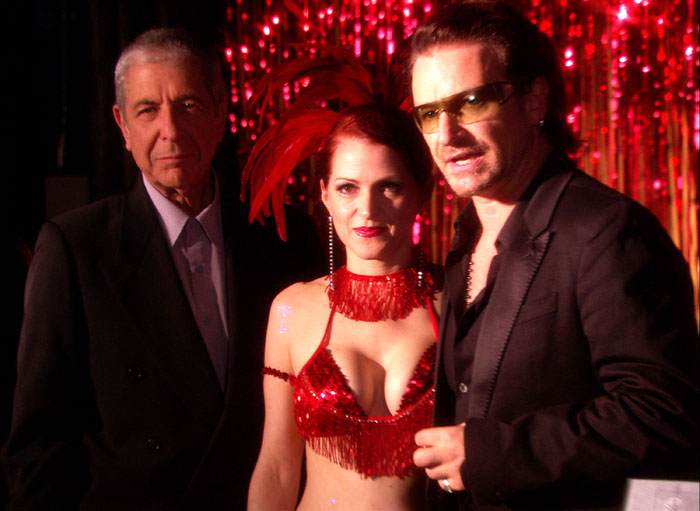 Music icon Leonard Cohen has been a part of the pop scene since he first burst forth in 1967. Since then he has written dozens of songs and influenced countless musicians around the world. Filmmaker Lian Lunson takes us to the famous Sydney Opera House for a tribute concert of the man’s work and a look into his life in “Leonard Cohen I’m Your Man.”

If you are a fan of Leonard Cohen, I think you’ll find Leonard Cohen I’m Your Man” to be a solid documentary about the man and his music. But, for me, a little Leonard Cohen goes an awfully long way and I got way more of the man and his music than I ever really wanted. It’s not that I don’t like his songs or that he isn’t an interesting character. It’s just that his music has a lulling, droning quality that had me nodding off as I watched it. Documaker Lunson doesn’t instill much originality in this combo concert flick/biography. It’s a bit of Cohen from various times in his career, current interviews with him and some (not all) of the musicians performing at the Sydney Opera House, a rendition of one of Cohen’s tunes, then repeat – career, interviews, song. This repetition and the almost hypnotic drone of Cohen’s songs nearly put me to sleep a couple of times. That said, I did enjoy several of the performances by Nick Cave, Rufus Wainwright, Anthony and the big finale with Cohen and U2 performing his “Tower of Song.” But, besides these it was LC overkill for this humble critic. Most docs meet a niche interest and Leonard Cohen I’m Your Man” fills its niche. So, if you like the man and his music, then I’ve got a concert documentary for you. For me,