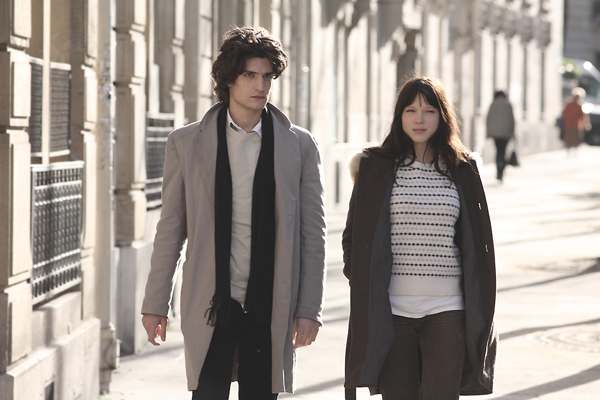 A Beautiful Person is a young adult from a good family and enrolled in a cool school. Nemours (Louis Garrel) teaches Italian at one such fashionable institute, maintaining an aloof demeanor with his students. That is, until a mysterious transfer student, Junie (Lea Seydoux), arrives on the scene in “La Belle Personne.”

Lady killing Italian teacher Nemours (Louis Garrel, "Ma mère," "Love Songs") is focused on getting enough of his students to sign up for a trip to Italy and juggling his affairs with a colleague and a student, Marie (Agathe Bonitzer), when his head is turned by Junie (Léa Seydoux, "The Last Mistress"), the new student so overcome by listening to Maria Callas in class that she begins to cry. Nemours, used to easy conquests, will encounter something quite different with "La Belle Personne." Loosely adapting Madame de La Fayette's 17th century novel "La Princesse de Clèves" with cowriter Gilles Taurand ("A Matter of Taste," "7 Years"), director Christophe Honoré ("Ma mère," "Love Songs") continues his oh-so-French fascination with the romantic rondeley with his latest. With its touchpoints to literature and music within the world of high school, "La Belle Personne" is reminiscent of Abdel Kechiche's "L'esquive" ("Games of Love and Chance"), yet while that film felt modern, urban and gritty, this one is more steeped in urban moodiness and doomed romance (Laurent Brunet's blue-tinged cinematography adds immeasurably to the film's tone). There are a dizzying number of characters and continually reconfigured relationships to keep track of in "La Belle Personne," but that is what adds to the intrigue. A letter's mistaken recipient adds to the gossip and requires Nemours to add yet another role to his repetoire. It is a bit shocking to see Garrel (who would have made a perfect Edward Cullen) in the role of a teacher rather than as the students he has so recently played, but the casting of the twenty-five year old actor helps us accept his living between the two worlds. The teenagers are all realistically played, with Grégoire Leprince-Ringuet's ("Love Songs") love sick Otto a standout. Seydoux maintains an air of cool mystery throughout. As the owner of the café where students and teachers alike gather, Chantal Neuwirth ("A Very Long Engagement," "Gabrielle') adds yet another layer of perspective and wisdom. Taurand and Honoré's ending has been neatly updated from the centuries old text and shows us a young girl dealing with an intoxicating situation in a decidedly mature way that is refreshing.