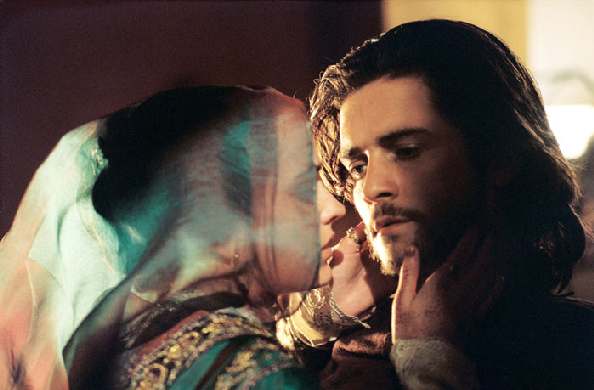 “Be without fear in the face of your enemies. Speak the truth, always, even if it leads to your death. Safeguard the helpless and do no wrong. That is your oath…” Knights oath, "Kingdom of Heaven" Balian (Orlando Bloom) is a common blacksmith in a small town in France. He grieves the recent loss of his wife and child but it is 1184 and the time of the 3rd Crusade to the Holy Land. He is visited by Baron Godfrey of Ibelin (Liam Neeson) and learns that he is the knight-errant’s illegitimate son. The ordinary man puts his grief aside and joins his newly found father and his followers on their journey and will face extraordinary circumstance when the defense of Jerusalem falls upon the young smith’s shoulders in Ridley Scott’s “Kingdom of Heaven.”

Between the Second and Third Crusades, the enlightened King Baldwin (Edward Norton, "The Italian Job") ruled over a Jerusalem that allowed Christians, Muslims and Jews to all worship on their holy grounds. The Knights of Templar, however, following the orders of Pope Urban II, were extremists determined to claim the city for their only God. A young knight, Balian (Orlando Bloom, "Troy," "The Lord of the Rings"), drawn to the city to erase his sins becomes an admirer of the King's but his idealism may not be enough to save Baldwin's "Kingdom of Heaven." Director Ridley Scott returns to the ancient history and one man's struggle of his "Gladiator" in the shadow of failed historical epics like "King Arthur" and "Alexander." While this anti-sectarian story couldn't be more timely, there lingers a sense of having seen this all before and not that long ago. "Kingdom of Heaven" is a quality production which may not catch on due to unlucky timing. Balian the blacksmith is introduced in a very dark emotional place. His wife has just committed suicide in grief over the loss of their firstborn. A crusader and his men stop and the knight introduces himself as Godfrey of Ibelin (Liam Neeson, "Kinsey") - and Balian's father - seeking forgiveness and offering a place with his men. Balian dispiritedly passes, but after he murders the man who desecrated his wife's corpse, he catches up with Godfrey, hoping to erase his and his late wife's sins in Jerusalem. Guided by the knight's oath he takes on Godfrey's deathbed and by Godfrey's spiritual advisor Hospitaler (David Thewlis, "Harry Potter and the Prisoner of Azkaban"), Balian impresses his enemies and friends alike with the purity of his purpose. There is one man, however, who would see his downfall - Guy de Lusignan, a Knights Templar (Marton Csokas, "The Bourne Supremacy") and husband of the King's sister, Sibylla (Eva Green, "The Dreamers"), who loves Balian. Orlando Bloom was a risky choice for Balian, demanding a 180 degree turn from his "Troy" weakling and "Ring's" sylphlike Legolas, but this Bloom is unshaven and bulked up and is quite competent in the role. The French blacksmith who visits Golgotha is heavily symbolic and altogether heroic, though, allowing for few of the human foibles which help actors flesh out their characters. Terrific are the team of Neeson and Thewlis, the first a beloved, imperfect man, the latter a calm philosopher with a glint in his eye. Screenwriter William Monahan gives these two all the best lines ('I once fought two days with an arrow through my testicle,' says Godfrey when his man objects to training an injured Balian). Neeson is a classic, masculine hero who leaves the film strongly marked with his absence. The actor's just getting better with age. Thewlis's jaunty wave goodbye as he sets off for the fated Battle of Hattin is a memorable moment. Also good, if more earnest, is Jeremy Irons ("The Merchant of Venice") as Tiberius, the Marshal of Jerusalem's Army. Edward Norton, shielded from view by a heavy silver mask and draped linens (the king was a leper), channels Marlon Brando lite, right down to his cloaked physical gestures. Brendan Gleeson is becoming typecast as a barbarous heavy, here playing Guy's right hand man, the war mongering Reynald, too closely to "Troy's" equally hirsute Menelaus. Ghassan Massoud is regal, exuding the qualities of a great and fair leader as the Saracen general Saladin, who shared a respectful relationship with Baldwin. Eva Green smolders behind heavy eye makeup that renders her a brunette Darryl Hannah circa "Blade Runner," Scott employs the same visual techniques he used for "Gladiator," choosing real locations (the film was shot in Spain and Morocco) and rebuilding them with computer imagery. "Kingdom of Heaven" has none of the heavy CGI duplication that marred "Troy." Flesh and blood stuntmen leap through real flames in this production. One stunning overhead shot during Saladin's provoked attack on Jerusalem shows a mass of men pushing against another mass of men within a breech of Jerusalem's wall - hand to hand combat at its most claustrophobic. Scott and Monahan have found a time in history when a religious hot spot was ruled by men who understood that religious fanaticism was good for no man, a lesson that should reverberate today not only in the exact same location, but globally as well. Moral teachings permeate the film, from the inscription carved in Balian's smithy declaring that a man's goal should be to leave the world a better place, to the merits of humane treatment of one's enemy. Right-wingers may have a field day pummelling the filmmakers, as the Muslims are all represented in a good light whereas the Christians include the bloodthirsty Knights Templar and a Catholic Cardinal willing to convert now and repent later in order to save his hide. "Kingdom of Heaven" is easily the best of the recent ancient history epics. It may not be ground-breaking, but it has something to say and says it with cinematic majesty.

Hollywood, since its undeserved high praise for helmer Scott’s Oscar-winning “Gladiator,” has been on the sword and sandal” bandwagon with such other ancient and medieval-set pics as “Troy,” “Alexander” and “King Arthur.” On the surface, “Kingdom of Heaven” would seem to fall in with the same clichéd crowd. But Kingdom of Heaven” is significantly different from its recent predecessors in that it deals with a time of political, social and religious intolerance that parallels the extremist views permeating the world today. It’s Muslim versus Christian as the fanatical Knights Templar-dominated forces of the newly crowned King Guy (Martin Csokas) oppose the far larger Muslim force led by master strategist Saladin (Ghassan Massoud). Guy is the successor to the more reasonable, moderate King Baldwin (Edward Norton in mask, sounding like he’s doing a Marlon Brando impersonation) who died, young, of leprosy before he could secure a lasting peace with the Muslim leader. The subsequent defeat of Guy and his hawkish followers is handled in a style reminiscent of Akira Kurasawa’s Kagemusha,” where the battle proper is not shown, but briefly, and the aftermath of that history-altering conflict reflects the horror and carnage of war. This leaves the real, big action sequence of the battle for Jerusalem as “Kingdom’s” significant moment. The battle is as stylish and energized as Scott’s opener for “Gladiator” where the Romans fight and defeat the barbarian Germanic hordes (the best scene in the movie to me). But, this time around, Scott puts the money shot where it belongs, at the finale, and does it well indeed. Techs are superb with the filmmakers eschewing much (not all) of the CGI work that has gone into making its kindred epics epic. It’s nice to see stuntmen actually doing stunts (an art form that is sorely missing in computer-created action) and huge sets being, in fact, huge elaborate sets. The craftsmanship of the filmmaking process is up there on the screen with production design (Arthur Max), costume (Janty Yates), camera work (John Mathieson) and editing (Dody Dorn). Stunt coordination and fight choreography are first rate. While the veteran team of thespians is unlikely to garner kudos come year’s end, the actors acquit themselves well enough. Orlando Bloom, as everyman turned hero Balian (there is a hero in every on of us), while not great, does a solid job portraying a man who meets his destiny directly and with a cool head. Liam Neeson, as Balian’s illegitimate father, Godfrey, is the best thing in the film though, unfortunately, out of the picture far too soon. Jeremy Irons, as King Baldwin’s strong right hand man, Tiberias, and David Thewlis, as the knights’ spiritual adviser (and warrior), the Hospitaler, give full dimension to their capable, compassionate characters. Ghassan Massoud gives the Muslim viewpoint good shrift with a full-bodied performance as the enlightened, wise and compassionate Saladin. The bad guys, and they are depicted on both sides just to make sure things stay balanced, are most prominent in the guise of Martin Csokas as Guy de Lasagnan, the power hungry and uncompassionate husband to King Baldwin’s beautiful sister Sybilla (Eva Green, The Dreamers).” Guy is the vainglorious type who knows it all and refuses Balian’s good-intentioned advice, courting disaster because of his conceit. Brendan Gleeson, as Guy’s wicked lieutenant, Reynald, chews the scenery and gets his just desserts. Eva Green, the least experienced of the cast, is used effectively in an almost diaphanous way as Balian love interest. William Monahan’s well-crafted script keeps the politico-socio side of things well balanced as Baldwin and Saladin stand for the voices of reason during a turbulent and explosive time. The two leaders moderate stance, with peace and tolerance at its epicenter, is the hopeful side of the story. This parallel to our current world situation is not done in a heavy-handed manner as Scott and company immerse you in their story. That the filmmakers both entertain and provoke thought, rather than mindless displays of carnage more typically used, making “Kingdom of Heaven” a cut above its “peers.” My hope is that “Kingdom of Heaven” gets enough good buzz to give it the shoulders of Ridley Scott’s Gladiator.” His latest is a better film with more heart and soul.