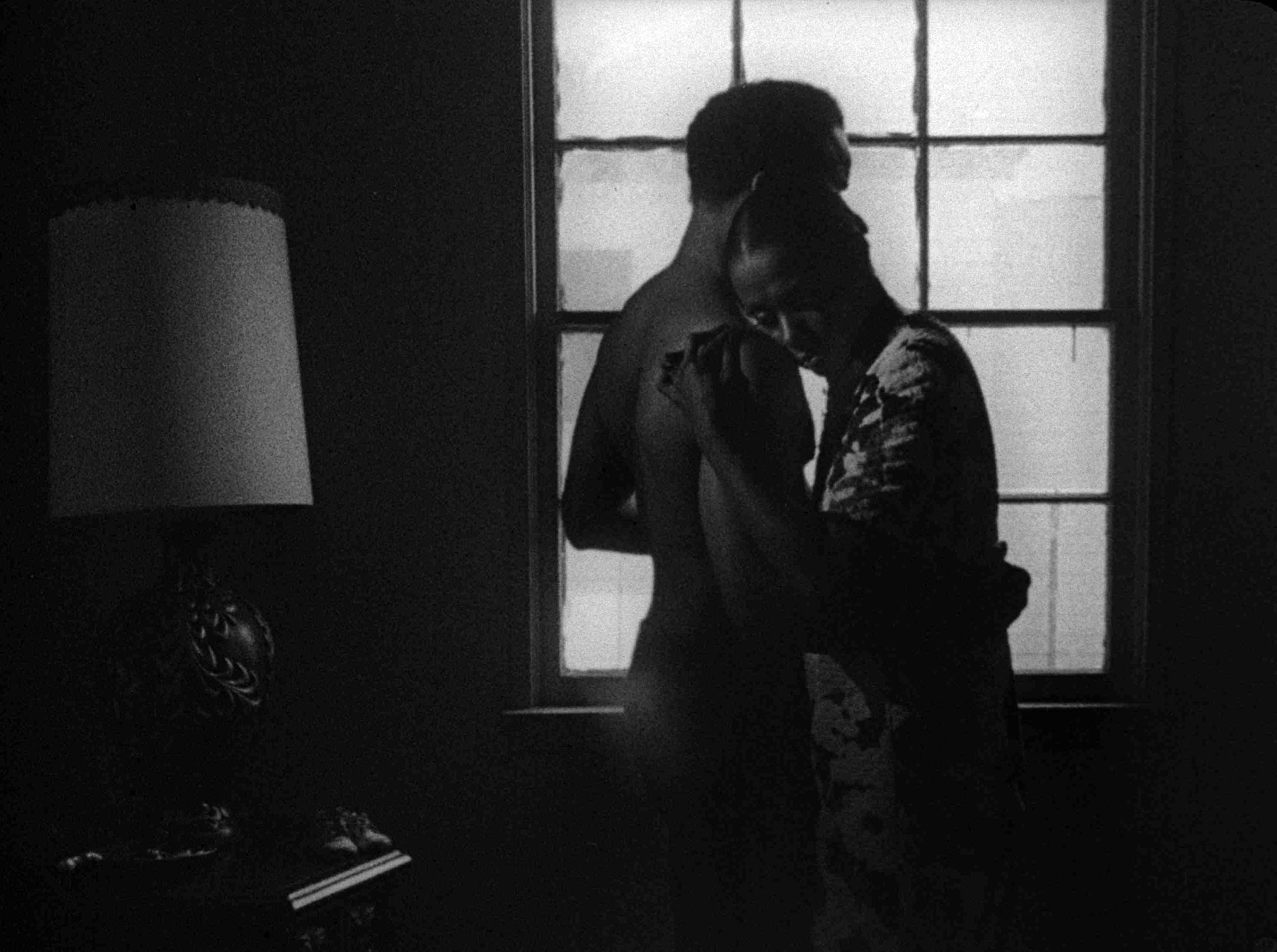 In 1970's Watts, a black couple struggle to maintain a home and a marriage while their two children exist in the fantastic bubble that is childhood. It seems like everything is always stacked against Stan (Henry Gayle Sanders, "Rocky Balboa"), who is physically and emotionally worn down by his job in a slaughterhouse as a "Killer of Sheep."

This legendary American independent film was its writer/director's UCLA thesis film. Although it has been critically lauded and was included in the first batch of twenty-five films picked by the National Film Registry, Charles Burnett ("To Sleep with Anger," TV's "Oprah Winfrey Presents: The Wedding"), whose far reaching soundtrack was integral to the poetry of his film, could not secure musical rights and so "Killer of Sheep" was limited to rare museum screenings (kudos to Cambridge's Brattle Theater, which screened the film back in 1990, when it was inducted into the Film Registry and paired with Burnett's "To Sleep with Anger"). Milestone Films has cleared this issue and presents the 16 mm film in a restored 35 mm print. "Killer of Sheep" epitomizes an independent film - it is raw and lacks anything resembling slick production values. Sometimes one must strain to hear dialogue or forgive less than assured acting from supporting players. What this black and white film is so justly treasured for, though, is its ability to transport its audience into a distinct place and time, into the melancholy mood at the heart of its central character. This is fly on the wall poetry, a day in the life over time. One can see the influences of this film and feel its own influences from the European cinema verite which preceded it. Burnett is particularly adept at capturing children's play, how imagination supercedes material possession. A dust blown lot full of rocks and old pieces of plywood is transformed into a dramatic battlefield. A rubber dog mask is otherworldly and transformative (and will immediately recall David Gordon Green's "George Washington"). The little girl who wears it, Stan's daughter (Angela Burnett), is later cautioned by her mother (Kaycee Moore, "Daughters of the Dust") not to listen to adults talk. Those worlds must be kept separate, even as the imitative behavior of the little girl, who sings along to Earth, Wind and Fires' "Reasons" as she plays with dolls, is warmly regarded by her mother. The adults' world, which coexists with their children's, is ingrained in harsh realities. Stan is too tired and depressed from his work to make love to his wife, who nonetheless continues to try and woo him (a dark, slow, dance is a moment out of time). Stan's work, full of hooks, knives and blood, segues to the aptly names Judas goats, who lead a flock of sheep up a ramp to the mournful strains of William Grant Still's "Afro-American Symphony." Stan's life is the blues. And if much of the film's dialogue can be faint, Stan's wife's internal vocalization (“Memories that don’t seem mine, like half eaten cake and rabbit skins stretched on the backyard fences. My grandmother, mother dear, mot dear, mot dear, dragging her shadow across the porch. Standing bare headed under the sun, cleaning red catfish with white rum.”), spoken poetry, comes through loud and clear. The phrase 'diamond in the rough' was forged for films like "Killer of Sheep," a work that will make one shake one's head at the current state of American independent film but thank the heavens for the small distributors, like Rialto Pictures and now Milestone, who unearth historical gems. A- Robin: African-American filmmaker Charles Burnett, when he first started out in the movie business back in the 1970s, showed his dedication to his new profession. His debut work was about eight years in the making, shooting mainly on weekends, and the result is an amateur masterpiece called “Killer of Sheep.” Dictionary.com states that an ‘amateur’ is: “a person who engages in a study, sport or other activity for pleasure rather than for financial benefit or professional reason.” This perfectly describes helmer Burnett and his lyrical “Killer of Sheep.” Shot in black and white with friends and family as his cast and crew, Burnett created a work that harkens back to the post-WWII Italian neorealist movement. The raw honesty and deft capturing of inner city life in the seventies is akin to such classic works as “The Bicycle Thief” and “Umberto D. The sheer realism of Killer of Sheep,” despite its obviously low, low budget (reportedly $5000), makes it a fascinating study of a man trying to make a better life for himself and his family. Stan (Henry Sanders) struggles to make ends meet, working a low-paying job in a local meat packing plant and trying to keep his life honest. This is the central story of “Killer of Sheep” and it is an interesting one to watch unfold. Burnett also pulls in the verisimilitude of ghetto life through the eyes of kids amusing themselves in vacant lots and abandoned buildings. This part of the film takes on a life of its own as it reminded me of when I was a kid and we used anything we could as a playground. Killer of Sheep” is a lyrical, even poetic, work that earned itself a place as one of 25 films picked for entry into the Library of Congress in 1990. This is high praise but praise that is well-deserved. I give it an

Director William Friedkin has been making movies for 45 years and, in that time, has created some of the greatest films, “The French Connection” and “The Exorcist,” and some of the worst (“Cruising (1980)”) and a whole bunch in between. “Killer Joe” starts off well enough with Chris’s dilemma coming to a head when he sustains a beating by Digger’s thugs – a warning that things will get worse, much worse, if he does not produce the owed money. Chris discusses the problem with his working-class slob parents, Ansel (Thomas Hayden Church) and Sharla (Gina Gershon), and, with the prospect of splitting tens of thousands of dollars, the killing is set in motion.. Matthew McConaughey is on a roll this year with his well-defined and acted co-starring role in “Magic Mike” and, with “Killer Joe,” he shows his capability as a charismatic actor. Joe is the epitome of cool. A police detective by day, Joe supplements his income on the right side of the law with an even bigger paycheck on the wrong side as a hit man for hire. Chris sets a meet with the killer but does not have the money to pay for Joe’s services. He asks Joe to do the job on spec and the cop/criminal almost walks out – until he meets Dottie (Juno Temple), Chris’s young and comely sister. Joe agrees to the terms but only on one condition: he wants Dottie as a “retainer.” Things start to get pretty sordid from here on in. This is a case of good actors given earthy characters but, as with Thomas Hayden Church and Gina Gershon as Chris’s sleazy, alcoholic ne’er-do-well mom and dad, they are really caricatures and not much more. Chris and his family, excluding Dottie (who is sweet and innocent), have little dimension or redemption. Such talented actors really deserve a better film. Tracy Letts, adapting his stage play, keeps the claustrophobic feel of the stage. This is apparent in a scene that simulates fellatio and in keeping with the unsavory nature of “Killer Joe.” This might explain why it took over a year to get distribution. Not Friedkin’s best effort.