Ingrid Berman in Her Own Words 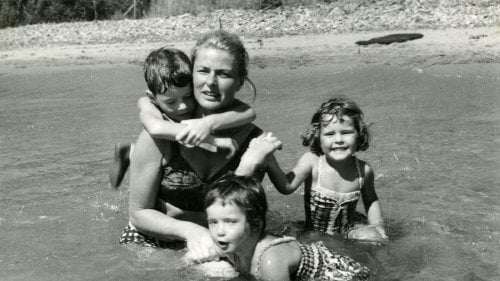 Ingrid Bergman earned two Best Actress Oscars and a third for support, starred and appeared in 50+ films and earned the ire of the American public and press for her controversial affair with Italian director Roberto Rossellini, with whom she had three children. But there was far more to her life and she tells about it in “Ingrid Berman in Her Own Words.”

Last year, we were treated to the release of Marlon Brando’s biography, “Listen to Me Marlon,” a work that is, entirely, in his own words. Veteran documentary filmmaker Stig Bjorkman takes the life of the iconic Ingrid Bergman (and fellow Swede) and give a conventional, though very personal, look at the woman, her life, her works, her loves and her children. Bjorkman utilizes copious home movie footage – Bergman was an avid amateur filmmaker – archival footage and interviews with the actress, as well as her children and, of course scenes from her many films. Daughters Pia, from her first marriage, Isabella, Ingrid and son Roberto, from the actress’s long time relationship with director Rossellini, all lend their thoughts and opinions about their famous mother. Others, like Liv Ullman and Sigourney Weaver, lend their views on Bergman’s influence on them as actresses. The film also delves into Bergman’s years when she fell from the good graces of the American public because of Rossellini and she made films in Europe, ostensibly in mutual exile from her adopted country. Eventually, the US and Ingrid kissed and made up and she returned to our shores to continue gracing our screens with her presence. Stig Bjorkman does not keep Bergman on a pedestal of adoration. Instead, he does an honest and thorough job depicting an icon as a very real human being who lived an ordinary life. That is, if you can call a Hollywood goddess ordinary.