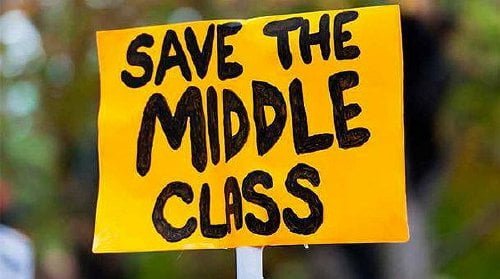 Robert Reich was Secretary of Labor under Bill Clinton, is an educator and an author of 13 books, including a New York Times best seller. He has spent his life educating the American people about the pros and cons (lately, mostly con) of how our economy works and why, except for the 1%, there is “Inequality for All.”

Filmmaker Jacob Kornbluth helms his first documentary and uses Robert Reich and his insightful, entertaining and thought provoking chronicle on the state of the economy to show how it got so bad for the average person. We all know what happened in 2008 when the economy went belly up and uber-economist Reich, with a plethora of graphs and charts, tells us why it all fell down. The devil is in the details, though, and Reich provides copious amounts in clear language understandable to the layman. As such, he teaches in the process and also angers as he provides the nuts and bolts of facts, like how the wealthiest 400 in America control more wealth than 150 million working class citizens. Reich lays bare the reason for the second Great Depression in 2008. By that time, the American middle class had transitioned from following the Virtuous Circle – work hard, advance, purchase goods, increase jobs, higher pay – to the Vicious Circle – two wage earners per household to make up for lower pay, longer hours, less advancement in employment, lessening standard of living and a larger gap between the wealthy and the middle class. Also, he points out that the wealthy do not spend in proportion to their income, as does the middle class. The so-called “job creators,” the very rich, do not in fact create jobs. That used to be the function of the middle class with its well-paying jobs and urge to get ahead - but not anymore. The depth of information provided in “Inequality for All” and what it means to us all makes this a film for the masses. It shows the workings of greed among the rich who increasingly disdain the very people who allowed many of them to make their fortune. Reich also makes a strong point about the inequality that has widened in how much taxes the rich do pay. Proportionally, the wealthiest pay far less taxes than us worker bees. This timely documentary does what it is supposed to do – educate, enlighten and entertain.