How to Lose Friends & Alienate People 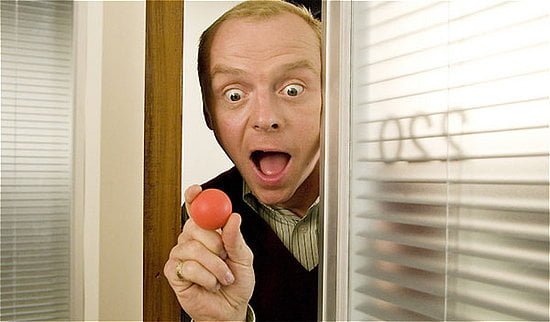 Adapted by Peter Straughan ("Sixty Six") from author Toby Young's thinly veiled account of his employ at Vanity Fair, "How to Lose Friends & Alienate People" is all bark and no bite, the behind the scenes machinations of a hugely influential magazine used as mere window dressing for an uninspired romantic comedy. Since affiliating himself with the Yanks, Simon Pegg's stock is falling. The film's bright spots are Bridges's coy impersonation of Graydon Carter (which nonetheless suffers from ambiguity) and Gillian Anderson's ("The X Files: I Want to Believe") killer PR shark Eleanor Johnson. Young lands in a New York City apartment ruled with an iron fist by a nosy Polish landlady (Miriam Margoyles, "Harry Potter and the Chamber of Secrets"). He spends his first night in a bar where he insults a bookish young lady waiting for a man who never appears, then gets completely drunk with another. Of course, that first lady turns out to be Alison Olsen (Kirsten Dunst, "Marie Antoinette," "Spider-Man 3"), the woman who is put in charge of helping him learn the ropes at his new job. She tosses him meaningless busywork, but Young insists he's there to shake things up. At a celebrity filled party, Young sidles up to a past her prime television star who tells him she's making a comeback in an indie film, proving later that his instincts are 'sharp,' but all heads are instead on starlet Sophie Maes (Megan Fox, "Transformers") who makes a splash in the tabs by wading through the rooftop pool "La Dolce Vita" style. Young's first attempt to cozy up to the headline maker results in her toy dog jumping from a highrise window. In an about face, Young appeals to Harding's aggressive youth as the creator of Snipe (Graydon Carter's Spy) and pitches a hatchet piece on self-important wunderkind director Vincent Lepak (Max Minghella, "Bee Season," "Art School Confidential"), but when the work's completed, Harding won't publish. When Young gets another shot at Maes at another party, he instead does the valiant thing, rescuing Alison, drunk after being dumped by her surprise suitor. Things may take a weird twist before the inevitable happens, but of course it does. The main problem with "How to Lose Friends & Alienate People" is that it's flat. Few of its jokes fizz and it has little to say about media, and Vanity Fair in particular, than what most savvy consumers already know (publicists demand copy approval - how shocking). Considering the news-making moves of the real magazine (the recent Miley Cyrus ruckus, for one example), this hardly seems revelatory. As light as it was, "The Devil Wears Prada" told us more about Vogue, certainly its editor. Another problem is the lack of chemistry between Pegg and Dunst. 'Wrong' girl Fox, a supposedly vapid starlet, is more interesting. Director Robert B. Weide, who certainly has experience with the weirdness of celebrity culture via his gig helming HBO's "Curb Your Enthusiasm," proves with his big screen debut that sometimes it's wiser to just stay home and watch TV.