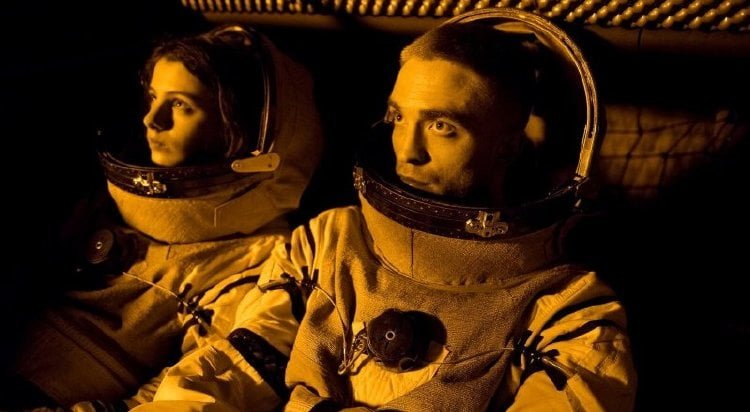 A group of death row inmates agree to become human guinea pigs for scientific experiments in outer space, led by Dr. Dibs (Juliette Binoche) who has a serious criminal record of her own. But now they have all disappeared, only Monte (Robert Pattinson) and his daughter Willow (Scarlett Lindsey, Jessie Ross) left aboard a spaceship that has been programmed to travel into the oblivion of a black hole in “High Life.”

Writer/director Claire Denis (“Beau Travail,” “Let the Sunshine In”) will be the first to tell you that her latest film is not science fiction. Inspired by thoughts of a lone person on a spaceship where everyone else had died, the fact that one human lifetime isn’t long enough for exploration outside of our own solar system and a news article about a community unable to support a local prison, Denis spun together a story about love and lust, reproduction and survival. As in many space set stories before it, “High Life” begins in a shipboard garden as a life-supporing mist sprays down upon it, cinematographer Yorick Le Saux’s (“Only Lovers Left Alive”) camera wandering out to traverse the dingy corridors of a seemingly empty ship. We hear a baby crying, as does Monte, outside performing a repair as he monitors his daughter, his soothing ssshhes relayed back to Willow in her makeshift playpen. Back inside, he removes cadavers from body bags, suits them up and releases them into space. Denis shifts back in time to show us this group, living together with restrictions. Sex is not allowed, but a private chamber is available for masturbation, one which Dr. Dibs makes enthusiastic use of when she is not trying to create life in space through artificial insemination, her crime the root of her obsession. Radiation dooms these children, until Dibs rapes the monklike Monte in his sleep, transferring his semen to wild child Boyse (Mia Goth). Fluids fuel this movie, from the garden’s water (a daily report is transmitted back to earth, upon which the ship receives 24 more hours of life support) to the semen, breast milk and menstrual blood necessary for human reproduction. We see Monte’s gentle friend, Tcherny (André Benjamin) curl up and decompose into the garden they both tend. Water is part and parcel to the death which prompted Monte’s crime. The menstrual blood which signals Willow’s womanhood is the catalyst for her and her father’s final mission, the girl who has only ever known her father drawing too close for comfort. Denis, who had originally envisioned Philip Seymour Hoffman for her Monte, initially resisted casting Pattinson, thinking him too young and beautiful, but the actor’s unshowy, gentle performance grounds the film, the perfect foil for Binoche’s witchy madness (she too was cast when Patrica Arquette had to withdraw due to scheduling conflicts). Baby Willow was a last minute replacement, the child of a school friend of Pattinson’s, the actor coaxing her first steps on camera. It is he who sings ‘Willow,’ the haunting lullaby written by long time Denis collaborator Stuart Staples of Tindersticks. Grade: