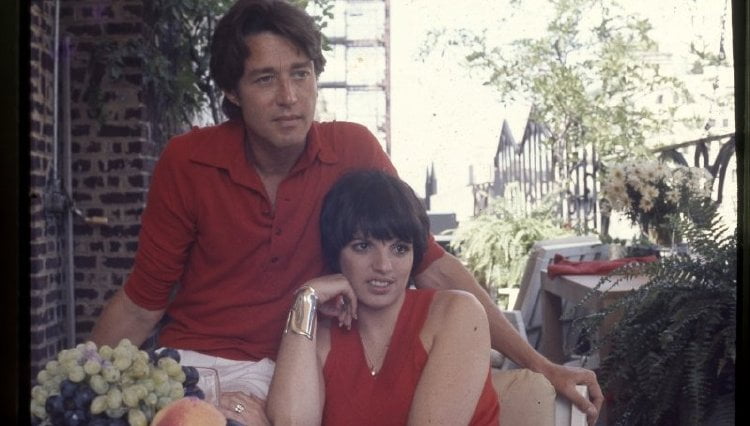 In the 1970’s he defined American fashion, from the iconic pillbox hat he designed for Jackie Kennedy as Bergdorf Goodman’s milliner to the clothes his most devoted client, Liza Minnelli, claims ‘danced with you.’ He was the first to put Black models, like Pat Cleveland and Iman on the map. He was name checked in Sister Sledge’s ‘He’s the Greatest Dancer.’ He was among the team of five American designers first asked to show in France, stunning them by beating their own at the Battle of Versailles. He was one of Studio 54’s most famous revelers, throwing the infamous 30th birthday party for Bianca Jagger where she arrived on a white horse. But he was also ahead of his time in branding and marketing for the masses, a risk that proved his downfall. His name was “Halston.”

In 2014, writer/director Frédéric Tcheng took a unique approach to profiling a fashion designer in “Dior and I,” using the introduction of new artistic director Raf Simons to raise the ghostly presence of Christian Dior. It was a marvelous idea, beautifully filmed. But his attempt to do something similarly offbeat to document Halston by creating a fictional narrator (Tavi Gevinson) sleuthing her way through lost archival materials falls flat, more awkward distraction than illuminating device. Thankfully the film, whose opening is chaotically scattershot, gradually settles down into a more straightforward biopic, ‘Chloe’ becoming useful in demonstrating the versatility of a vintage Halston gown. Although Tcheng doesn’t state as such, he makes the case that Halston was fashion’s Andy Warhol. The two were fast friends since the 1950’s, Warhol’s career having begun as an advertising illustrator. Both created iconic workplaces, Warhol with his Factory, Halston with his soaring space in NYC’s Olympic Tower (his glass walled townhouse on East 63rd Street is still iconic). Both were gay. Both were born far from the city where they became famous, Halston in Des Moines, Warhol in Pittsburgh. Both had entourages, Warhol with his superstars, Halston with his Halstonettes (which included Warhol superstar Pat Ast, an offbeat fashion figure to say the least). Both were celebrity obsessed. When asked who he would choose to have at his side, Warhol chose Elizabeth Taylor and Halston, because both were fabulous. Both would die before the age of sixty. But first and foremost, Roy Halston Frowick was a fashion visionary. Perhaps the most astounding detail of Tcheng’s documentary is his overhead shots of Halston patterns, intricate blueprints for cutting a dress from a single piece of fabric and constructing it with a single seam. Cloth was cut on the bias, a far more difficult way to work, but one which ensured beautiful drape and flow. His designs were liberating AND flattering to the female form. The movie star handsome Halston became a tabloid staple for his Studio 54 jaunts and relationship with the outrageous Victor Hugo, who designed his windows (an early career of director Joel Schumacher’s, also a close friend of Halston’s). He became the buzz of the business pages when he sold his name to Norton Simon in 1973, branching out to a perfume line whose bottle, designed by Halston favorite Elsa Peretti, frustrated manufacturers but delighted the masses. A trip to China in 1980 was another forward thinking move, but Halston’s perfectionism began to grate as he ‘directed’ every move of his entourage for television cameras. Then he did something really unforgivable. He signed a deal with J.C. Penney with the goal of dressing every woman in America through the store where his mother bought his school clothes. Bergdorf Goodman dropped him and others quickly followed. Halston’s sale to Esmark under the management of Playtex’s Carl Epstein further rattled his world, his extravagances coming under a microscope. ‘The folks from Planet Tampon have landed on Planet Halston,’ the designer sniffed. Tcheng relates his story with recently found archival footage, newspaper clippings and new (Cleveland, Marisa Berenson, Karen Bjornson) and older (Liza) interviews from Halston's inner circle (yet no others from the industry). If some video cutaways seem odd or abrupt, that is explained in the documentary's close, but one wonders why there are not more fashion photography stills used. The film's score is notable, as are soundtrack selections like Bryan Ferry's cover of 'The 'In' Crowd.' Tcheng’s archival sleuthing device (he frequently inserts video noise, rewinds, etc.) makes sense only in his finale, a fashion tragedy. As Epstein pushes Halston out of his own business, the man’s legacy is literally obliterated, his hundreds of videotapes erased, his original couture sold off at bargain basement prices, a museum worthy collection cast to the winds. The niece who went to work for him, Lesley Frowick, recounts how he reconnected with his family late in life, returning to them with his HIV diagnosis, his disappearance from NYC a mystery to many. . With “Halston,” Tcheng may have chosen an inelegant framing device, but he’s done an admirable job recounting the life of an artist whose relationship with the business world was both savvy and his undoing. The filmmaker’s portrait of the man is a bit sketchier, someone adored by many (we see Liza refusing to dish dirt) who could also be a tyrant. Considering all that has been lost of Halston, Tcheng’s documentary works to restore the designer to his rightful place in fashion’s pantheon. Grade: