Grbavica: The Land of My Dreams 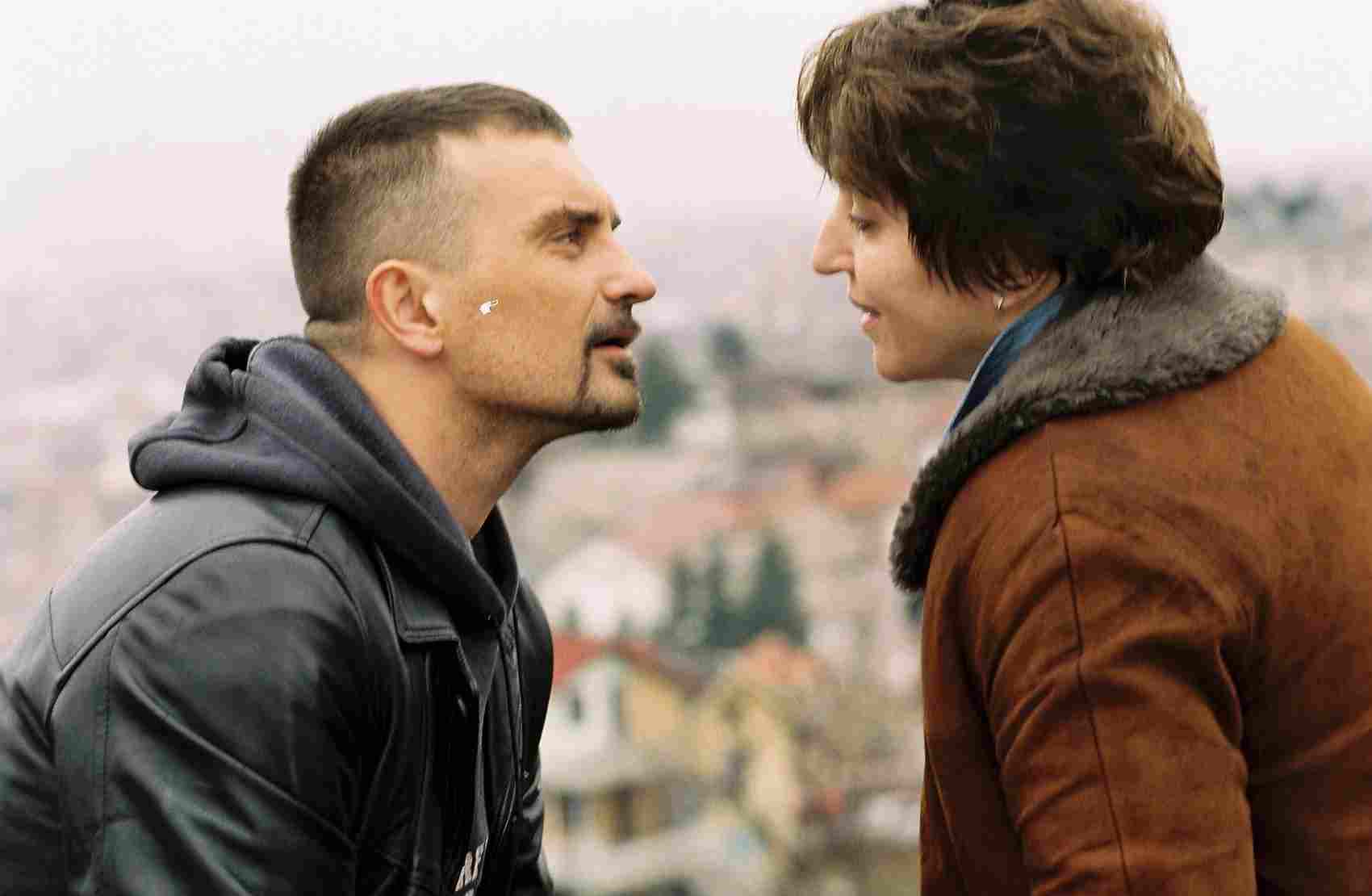 In post war Sarajevo, single mother Esma (Mirjana Karanovic, "Underground") struggles to support herself and the teenage daughter, Sara (Luna Mijovic), she dotes on. An upcoming school trip has Esma worrying overtime about finding money, so she takes a night job at a nightclub, returning home exhausted to "Grbavica: The Land of My Dreams."

This intimate female-centric drama from feature debut writer/director Jasmila Zbanic scored big at the 2006 Berlin Film Festival, capturing both the Golden Bear for best picture and the best actress prize and kudos to 2006's jury for choosing this little gem (interestingly enough, in 2006 both Cannes and Berlin honored films about the effect of civil war on a family, although the Cannes winner, "The Wind That Shook the Barley" about the birth of the IRA is bigger in scope). Mirjana Karanovic ("When Father Was Away on Business," "Underground") gives a performance of quiet exhaustion and desperation yet creates a character full of kindness and guarded hope, the latter a state she elicits in the audience for Esma. It is sometimes difficult to understand why Esma is so devoted to Sara, a girl clearly dealing with aggression issues who can be difficult to love. As Esma struggles to come up with the cash for Sara's trip, both women embark, unbeknownst to the other, on tentative relationships with men, but it is the man who is missing from their lives, the husband and father killed in the war, who stands between them, always. Sara's small rejections of her mother's sacrifices culminate in her shaving her head after hearing she has her father's eyes, but her mother's hair. After fighting a male schoolmate in the schoolyard, Sara finds herself drawn to him as the fellow child of a 'Shaheed,' a Bosnian soldier killed during the war, but despite Esma's lack of money, she does not take advantage of the school trip discount offered to children of these men as her husband's body was never identified. Esma is one of many Bosnians who spent years after the war identifying the dead. It is after she reluctantly accepts a ride home from the club that she meets Pelda (Leon Lucev) who recognizes her from these searches and their relationship illustrates the fractured identities left in the war's wake. Zbanic's script, which uses a women's therapy group to begin and end Esma's arc, explores the many scars left by the Yugoslavian war through the every day experiences of her characters and her working of a high school trip into a cathartic climax after its innocuous introduction is quite ingenious. "Grbavica: The Land of My Dreams" is a little powerhouse of a movie whose slow gentle build reaches quite a stunning conclusion.

Esma (Mirjana Karanovic) is a hard working but underemployed single mom obsessed with coming up with the 200 Euros needed to send her teenage daughter Sara (Luna Mijovic) on a school field trip. Coming up with the money is no mean feat, but even more daunting is the secret Esma hides from Sara about her father in Grbavica.” Debut Bosnian filmmaker Jasmila Zbanic creates a moving character study of a woman trying to make a life in a country recently torn apart by civil war. Esma is desperate for a job and takes one as a cocktail waitress at a local night club, lying to hide the fact that she has a child. But, as the day of the field trip closes in, it seems unlikely that Esma can come up with the dough. This dilemma forces her to tell Sara the truth about her life. This is a finely crafted, well acted (from top to bottom) story that immerses the viewer into Esma’s life as a “war widow” in Sarajevo. Mirjana Karanovic steeps herself in the roll of the harried mother and realizes a real, 3D character whose dark secret is only outweighed by her love for Sara. Sara, on the other hand, is petulant and stubborn as teenagers can be and her budding sexuality is a cause for Esma’s concern. Their relationship is believable, making this a good mother/daughter yarn. The aftermath of the Bosnian civil war is a rich vein of storytelling material and newcomer writer/director Zbanic mines it well. Here’s hoping we see him making more movies about a world little seen in the west.