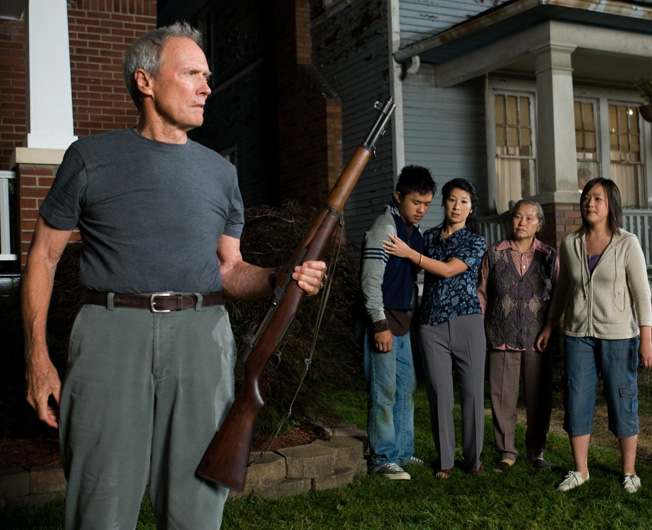 Retired Korean War vet Walt Kowalski (Clint Eastwood) worked for Ford for fifty years, doesn't understand his yuppie sons and, after burying his wife Dorothy, has little to do but drink beer and mow his lawn. His brick front home shows its owner's pride, but Walt is dismayed how the rest of the formerly Polish-American neighborhood, now completely Asian, has deteriorated. He has nothing to do with his neighbors except slinging racial epithets, until, that is, the sixteen year-old boy next door tries to steal his cherry 1972 "Gran Torino."