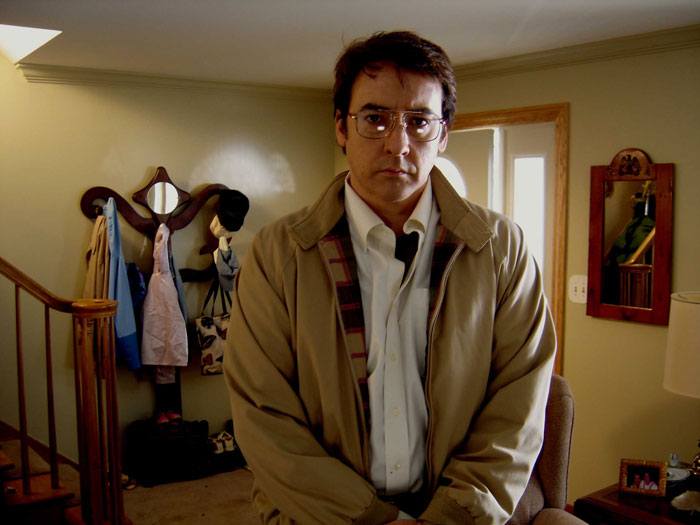 Stanley Philipps (John Cusack, "1408") is a middle of the road, flag waving American proud that his wife, Grace, is a soldier in Iraq while he keeps home for their twelve and eight year old daughters working as a manager at The Home Store. But when two soldiers appear at his door one morning, Stanley is so stunned to the core he takes his girls on a road trip rather than tell them that "Grace Is Gone."

Writer/director James C. Strouse (writer of "Lonesome Jim") basked in the glow of this year's Sundance Festival, where his film won the Audience prize, once again proving that altitude affects judgement. Festival judges also graced him with their Waldo Salt screenwriting award, perhaps their worst choice since 2002's "Love Liza." "Grace Is Gone" never once feels authentic, its every move calculated. When Heidi (Shélan O'Keefe) and Dawn Phillips (Gracie Bednarczyk) return home from school Heidi's surprised to find two foreign objects in the kitchen - their dad not at work and a foil wrapped casserole. Dad's also acting really weird. Does Heidi, who was illicitly watching a news report on the war the day before, ever consider something may have happened to her mother? Of course not! Because otherwise Strouse's movie would be over. Their usually dour dad suddenly is on a quest for fun, but is frustrated by a visit to a local arcade so asks their opinions. The Enchanted Garden suggests Dawn, and sure enough, Dad acquiesces immediately, no matter that the amusement park is a multi-day drive away and it is the middle of a school week. During the trip, Stanley's worn down on his 'no piercings til 13' rule and allows both girls pierced earrings at a department store (where Dawn's proud 'I just got my ears pierced' to a young mother in a shopping aisle, one of the only emotionally true moments in the film, is immediately followed by the heavy-handed 'symbolism' of her hiding in a toy playhouse) and alarmed by Heidi's sleepless propensity to go out in the middle of the night alone (and so shares a cigarette with her!). He copes by calling in reports of their progress to his own answering machine to hear Grace's voice (suspicious, Heidi calls in to listen to messages and *still* doesn't figure things out!). When they reach their destination, Strouse treats us to a montage of amusement park joy shared as the threesome try every ride. Finally, Stanley has worked up the courage to tell his girls the truth. The film's final image plays like a sentimental screenwriting flourish. The usually reliable and under appreciated Cusack seems uncomfortable in this role. Stanley's the type of guy who wears casual dress shirts over dark Tees paired with chinos and Cusack's uses schlubby ticks to portray this cliche of an Everyman. The mannerisms gradually fall away and he's good when he gets to his big 'moment' telling Grace on the phone how ashamed he's been that it was she and not he who went to fight (Stanley was booted out due to poor eyesight), but it's not enough. The actor did a more complex job working through grief in this year's Stephen King thriller "1408." Young Shélan O'Keefe has the perfect look that defines childhood morphing into adulthood, but while she doesn't overdo her character's 'responsibility' angle, (that old chestnut where the child is more serious than the parent) she doe not know how to play grief. Gracie Bednarczyk fairs much better, mainly because she's only asked to be a kid. Indie expert Alessandro Nivola ("Laurel Canyon," "Junebug") took a misstep accepting this role, in which he does nothing but provide a platform for Stanley to express his political beliefs. "Grace Is Gone" has one good thing going for it - an understanding of why people may cling to patriotism rather than face the idea of loved ones having died in vain - but a movie that uses a road trip to express a family's grief is suspect at best.