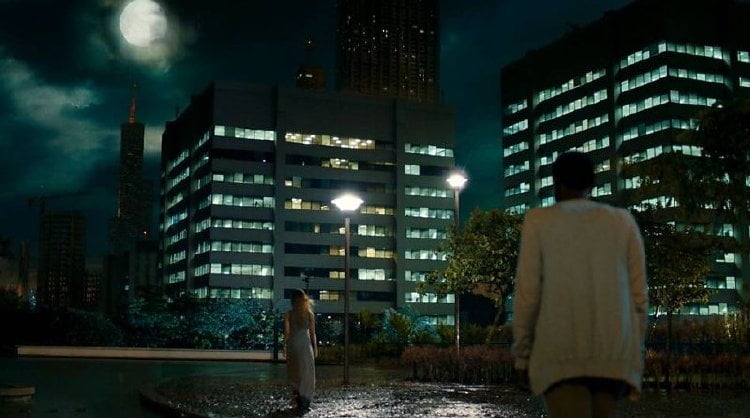 When destitute Afro-Brazilian Clara (Isabél Zuaa) crosses the Tietê River for an interview for a nanny position in the wealthy area of São Paulo, her potential boss, Ana (Marjorie Estiano), informs her she'd forgotten she was coming, leaving her to overhear a far more experienced candidate's pitch. But something between the quiet Clara and the spoiled, willful Ana clicks and she settles in to help the young woman through a pregnancy that will profoundly change her life in "Good Manners."

This Brazilian/French coproduction from writer/directors Marco Dutra and Juliana Rojas ("Hard Labor") casts traditional Brazilian werewolf lore into the aesthetics of a fairy tale. The winner of the 2017 Locarno Film Festival's Silver Leopard is ambitious, contrasting class, race, country versus city, wild versus domesticated all while exploring what it means to be a mother. Like the city divided by a river, "Good Manners" is a film told in two parts. As Ana drinks and dances to exercise videos, Clara assembles the baby's room and prepares meals, avoiding meat per the instructions of Ana's doctor. During a trip to the Crystal Woods Mall (a pivotal location in the film's midsection) where Ana buys stiletto heeled booties, Clara notes her boss's greeting to another woman goes unanswered. When Clara admires a music box with a dancing horse in the baby's room, Ana begins to open up about her past, rejected by her wealthy ranching family and ex-fiance after she became pregnant after a one night stand at a cowboy dive bar. The two become not only friends, but lovers, the boss/servant relationship a thing of the past. But Clara has noticed a disturbing trend during periods of a full moon. To say more would be a disservice to those who have not seen the film. Suffice it to say, that after a particularly hairy birth, the filmmakers jump ahead seven years using a montage of a changing clothesline back at Clara's home in the poorer part of the city. The city itself, portrayed mostly in darkness in the first half, mostly in light during the second, looks magical, cinematographer Rui Poças ("Tabu," "The Ornithologist") using cool blues accented by golden light, matte paintings enhancing the otherworldly feel. The film also uses animatronics (later replaced with choppy CGI) and practical effects, devices which at first may seem unconvincingly old-fashioned, but build in charm, fitting for this film's fairy tale appeal. Original music by Guilherme and Gustavo Garbato furthers this allure with harp, flute and drums, the lullaby of the music box the film's constant theme. Estiano paints an initially unlikable character who becomes more childlike with exposure. We warm to her along with Clara. But this is Zuaa's film, her quiet beauty calming, her goodness her strength. The film's children, Miguel Lobo's Joel, Felipe Kenji's Mauricio and Nina Medeiros' Amanda, are well directed, all giving natural (and in one case unnatural) performances. The film is a bit overlong, some details leading nowhere, but Dutra and Rojas have created such a special world, animalistic yet also cooly modern, that "Good Manners" feels like a throwback and something entirely new at the same time. Grade: