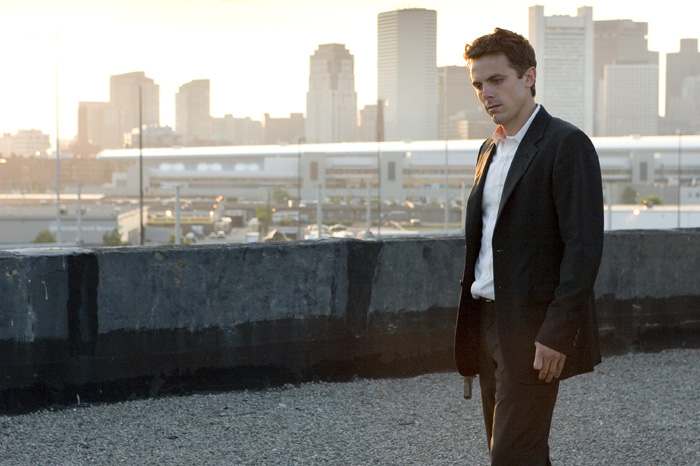 When four year old Amanda McCready (Madeline O'Brien, "The Legend of Lucy Keyes") disappears from her Dorchester home, her Aunt Bea (Amy Madigan, "Field of Dreams," "Pollock") enlists the aid of local private detectives, Patrick Kenzie (Casey Affleck, "Ocean's Thirteen," "The Assassination of Jesse James by the Coward Robert Ford") and Angie Gennaro (Michelle Monaghan, "Kiss Kiss Bang Bang," "The Heartbreak Kid"), to get into the neighborhood's underbelly and find her. Once Patrick thinks he's discovered the truth, his confidence is shaken when local Haitian drug lord Cheese (Edi Gathegi, "Death Sentence") tells him that if he is Amanda's only hope, she is "Gone Baby Gone."

Cowriter (with Aaron Stockard)/director Ben Affleck returns to his Boston roots and delivers one of the most rooted in Boston movies in a recent fine line of them. He also gives younger brother Casey his second great role of the year and Casey just chomps into it, giving the character a surprisingly tough exterior. In adapting an earlier Dennis Lehane novel, Affleck doesn't deliver quite the punch to the gut Eastwood attained with "Mystic River," but the resolution to this thriller is so morally complex it should keep audiences engaged well after they have left the theater. The complexity of the McCready case begins with its acceptance - Angie does not want to take it, but agrees to listen to mother Helene (Amy Ryan, "Capote," "Dan in Real Life") before deciding. Neither Helene nor her brother Lionel (Titus Welliver, HBO's "Deadwood"), who split a two family home, wanted the PIs either - their presence is entirely due to the primly religious Bea. Helene, foul mouthed and slutty in appearance, is at turns antagonistic and grief stricken, her antagonism supported by her equally ill bred friend Dottie (Jill Quigg) who notes of Angie 'I remember you from high school. You're still a little conceited,' a Dorchester native's interpretation of someone more educated and classier than themselves. Helene stands on the sidelines declaring the two reprehensible while Lionel tries to keep the peace (he's attributed his own sobriety to his wife and views his sister's alcoholism as the family curse). They take the job, and meet with Police Chief Jack Doyle (Morgan Freeman, "Evan Almighty," "Feast of Love"), an advocate against crimes against children since his own daughter was murdered at the age of twelve. Doyle agrees to work with them and hooks them up with Detectives Remy Bressant (Ed Harris, "A History of Violence," "Copying Beethoven") and Nick Poole (John Ashton). Patrick and Angie discover that Helene was not at her friend's house across the street the night her daughter was taken, but down at the Fillmore, drinking and 'banging down rails' in the bathroom with her boyfriend "Skinny Ray" (Sean Malone). They exchange this info with Bressant whose only lead are a recently released pedophile and a married couple of heroin addicts who enable his preoccupations. Turns out that it's Helene's drug connections that will lead them into a maze of developments so disturbing they will pull Patrick and Angie onto different paths. And, in fact, the main criticism of "Gone Baby Gone" is that, not unlike "Mystic River," Lehane's source material is too convoluted, with people behaving in such weirdly parallel ways they strain suspension of disbelief. Yet Affleck, like Eastwood, peoples his film with such utterly believable characters so obviously bred of their environment we cannot look away. Amy Ryan is surely a shoo-in for a Best Supporting Actress nomination (and why not win?) for creating a character who is best described as a real 'piece of work.' Her parenting skills are so obviously at odds with the feelings she claims for her child, and yet, she maintains a shred of sympathy, nonetheless. (Production designer Sharon Seymour and Art Director Chris Cornwell should be congratulated in articulating the sadness of the mother/child relationship with their dressing of a child's bedroom.) As her equally screwed up friend, newcomer Jill Quigg is a natural (watch her newscast interview where she informs they are arranging a 'vigual'). Casey Affleck explodes like never before, defending his character against suspicious locals and not once, but twice, standing down a gun to his head without stepping back. Amy Madigan feels Southie born and bred and Titus Welliver, with his rectangular visage and handlebar mustache just has a great neighborhood face. Every tiny role is played with such reality - Jimmy LeBlanc as Cheese's hard-headed henchman, Matthew Maher ("The Third Wheel," "Jersey Girl") in full Jackie Earle Haley mode as creepy Corwin Earle, Southie rapper Slaine as connected Bubba Rogowski, Trudi Goodman as homicidal white trash. Its the cops that don't quite connect. Morgan Freeman gives his usual gravitas and he's OK, but Harris (long married to costar Madigan) is all surface here, there's no motivational core. Affleck has said he used no extras, simply shooting around the residents of his Boston locations and his gambit really pays off, but I question why he reuses an extended version of an early montage cut when the scenes clearly belong in different time periods. It's a minor quibble for such a strong directorial debut, though. Affleck's stepped up to Eastwood and Scorcese, his "Gone Baby Gone" completing a trilogy of sorts begun with "Mystic" and continued with "The Departed." It's as Boston as baked beans.