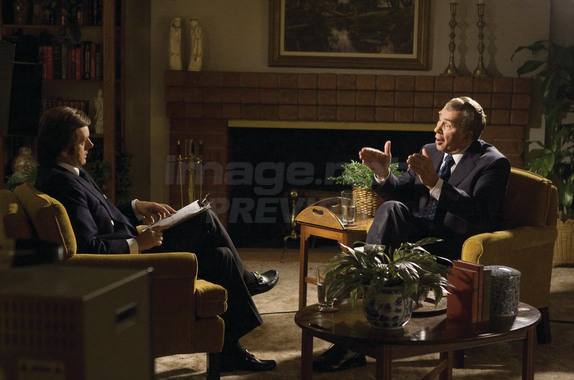 In 1977, it is nearly three years since President Gerald Ford pardoned ex-president Richard M. Nixon (Frank Langella), now recovering from another bout with phlebitis. On the other side of the world, British talk show host David Frost (Michael Sheen) is struggling to keep his career moving forward. A fortuitous TV broadcast about the former president catches Frost’s eye and the germ of an idea is born. Why not put together a series of interviews with Nixon to discuss his foreign policy as chief executive, domestic policy, his life and, most controversial of all, Watergate? These historic Q&A interviews are chronicled in “Frost/Nixon.”