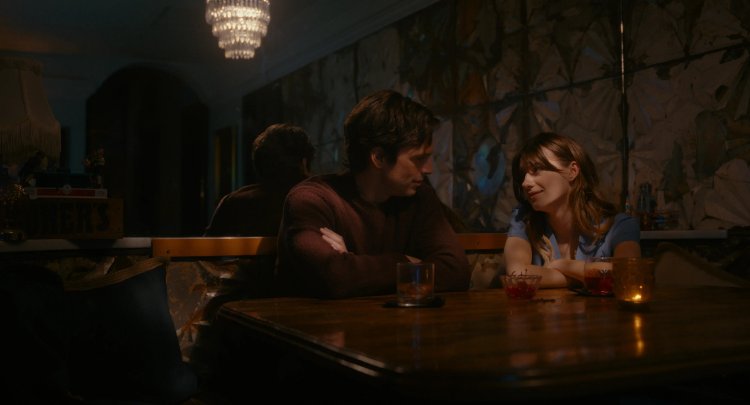 Noa (Daisy Edgar-Jones, TV's 'Normal People') is becoming quite disillusioned with the modern dating scene, so when she meets Steve (Sebastian Stan) the old-fashioned way, in a grocery store, she’s optimistic.  But after accepting an invitation to go away for a weekend, Noa will be horrified to learn that the man she met in the produce aisle likes his women “Fresh.”

I’m guessing anyone interested in this movie must know *something* about it and if you haven’t guessed its general horror genre and don’t want to know, stop reading right here.

There have been plenty of cannibal movies over the years, from “Blood Feast” to “The Texas Chainsaw Massacre” to “The Silence of the Lambs.”  There have been funny iterations too, like “Motel Hell” and “Eating Raoul.”  But the subject is taboo enough that filmmakers usually go one of two ways, suggestion or campy gore.  But “Fresh,” while very well crafted, tries to play it in the middle somewhere with gore that isn’t campy but disturbingly realistic, making for a truly unpleasant experience.  It’s like a romantic comedy turned “Hannibal” by way of “American Psycho” and “Boxing Helena” with a lot of sick puns and slick production.

Screenwriter Lauryn Kahn is clearly having a go at toxic masculinity by turning the film’s women into a literal meat market and feminism by having them band together.  In fact, there’s not a single man who comes off as a good guy here, beginning with Noa’s opening date with Chad (Brett Dier, TV’s ‘Jane the Virgin’), a tacky cheapskate.  But while Mimi Cave’s feature directorial debut is assured, she pushes the limit on taste (yes, pun intended).  The best thing about Kahn’s script is how she maneuvers Noa and Steve into continuing their courtship under the most grueling of circumstances.

Initially, Noa and Steve are a fun hang.  After Steve’s engineered meet cute, the couple sparks with that first blush of excitement in having potentially found a soul mate.  It’s enjoyable watching them dance together in Noa’s living room, Noa’s little side shuffle building with small, assured flourishes as Steve shimmies around her.  But even Noa’s best friend Molly (Jojo T. Gibbs) is concerned when she agrees to a weekend away to a ‘surprise’ destination, demanding that Noa text her when she arrives.  It doesn’t take long for Molly to begin to investigate (there’s a touch of “Get Out” in Molly’s arc).

Edgar-Jones is very relatable and Stan charming in a humble sort of way that makes him even more charming.  I expected Stan to relish his inner ham once Steve has stated his agenda, but except for some song and dance exuberance during a ghastly chore, he keeps things reined in until the very final act when everything becomes overly familiar.  Gibbs is a solid addition.  Andrea Bang is more heard than seen and Charlotte Le Bon’s (“The Hundred-Foot Journey”) human doll performance is a bit unfathomable (although Cave leans on her heavily for some sick reveal suspense).

Cave’s production is top rate all around, Jennifer Morden’s production design giving fine definition to the characters who inhabit it.   “Midsommar” cinematographer Pawel Pogorzelski’s lensing is sleek when it’s not disturbingly close up, Alex Somers’ (“Honey Boy”) score distinctive.   A cheeky soundtrack rounds out the whole with selections ranging from a French pop songstress to Animotion’s ‘Obsession.’