Fly Me to the Moon (Un Plan Parfait) 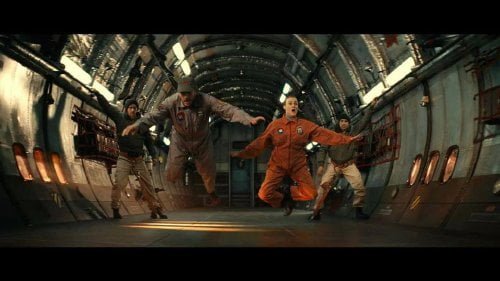 A French family hosts a Christmas dinner party and a guest, the boss of one of the revelers, is in despair over her failed marriage. To assuage her despair, one of the family, Corinne (Alice Pol), begins to tell the story about her sister, Isabelle (Diane Kruger) who fought to overcome the family curse: whoever marries, that first marriage will end in divorce. The whole family regales their guest with the story of how Isabelle broke the curse In “Fly Me to the Moon.”

“Un Plan Parfait” (the film’s French title) is directed by longtime television director turned feature filmmaker Pascal Chaumeil. It is only his second feature – his first was the clever and entertaining “Heartbreakers (2010) – but it feels like he has been making good films forever. “Fly Me to the Moon,” on the surface, is a clichéd French rom com. But, when you look beneath the surface, you find a comedic gem. Diane Kruger, as Isabelle, is the straight man in this situation comedy about her stoic efforts to break the family curse. She and Pierre (Robert Plagnol) have had a long live-in relationship but she is feeling the need to have children. Isabelle wants to marry him and raise a family but fears, too much, the curse. She and her sister Corinne (Alice Pol) hatch a plan – find someone, a stranger, marry then divorce him, thus bypassing the family curse. She heads to Copenhagen to marry and divorce but, on the way, meets Jean-Yves (Dany Boon), a travelogue professional heading to Africa on the job. Isabelle gets the bright idea that Jean-Yves is just the man to, unwittingly, help her with her scheme and pursues him to the dark continent. This begins a comedy of errors as the beautiful Isabelle must use all her feminine wiles to land and throw back her clueless fish. From here on, she must hatch ever more complicated ploys to make her first marriage (and divorce) happen. The result is a film that is far better and funnier than it has a right to be with some hilarious (laugh out loud) predicaments that Isabelle and Jean-Yves get into. For a little rom com, “Fly Me to the Moon” goes to a lot of places – from Africa to Moscow with Paris in between – and the filmmakers use the locales to set up some wonderful sight gags. The story follows convention with the expected end results. But, the journey to that end is where the film shines with its comedy.