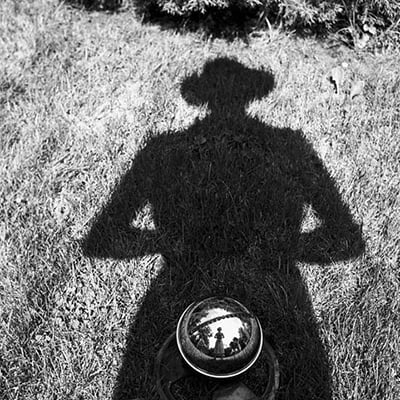 In 2007, John Maloof was looking for photographs to accompany a project on a Chicago neighborhood and so he visited the auction house across the street. There, he won a box of negatives, but none of the area he was looking for. After another couple of years passed, he looked at the pictures again and thought he might have something really special on his hands. After posting hundreds on the Internet, others thought so to and so with little more than a 2009 obituary to go on, John set about "Finding Vivian Maier."

You've probably seen the photographs - there have been many special interest stories on the unknown Chicago nanny whose unpublished photographs draw comparisons with Robert Frank and Diane Arbus. Within Maloof and Charlie Siskel's documentary, you'll see many more of them, including color shots and home movies. But what's really intriguing is Maloof's partial reconstruction of an artist, described in a talking head opening montage as 'paradoxical,' ' bold,' 'mysterious,' 'eccentric' and 'private.' After discovering what he really had, Maloof scooped up every other box of Maier's he could find. He'd soon learn the nanny was a hoarder and, after eventually tracking down one of the children she cared for, got access to a storage locker filled from top to bottom with her things. The family was on the verge of clearing it out and Maloof was offered anything that interested him. In overhead shots we see the amateur detective lay out her possession on the floor, forming mosaics, looking for patterns. Armed with phone numbers without area codes, he began calling, eventually visiting the many families Vivian worked for. As the picture begins to fill in, more mysteries present themselves - some called her Viv while others couldn't imagine addressing her as anything but Miss Maier. No one knew anything about her family or where she came from, but she had an accent and most believed she was French. A linguistics professor listens to a recording of her voice and says without doubt that her accent is fake. Sure enough, Vivian was born in New York, but to a French mother. The woman determined to remain a mystery even spelled her last name with multiple variations and used aliases with businesses. She wore odd clothes, roomy coats and slouchy hats described by one as '1950's Soviet factory worker.' She walked with a big stride, swinging her arms aggressively. And yet this odd woman could connect with strangers on city streets, capturing their essence with a single snap. Her camera, an old Rolleiflex box, had its view finder on the top, allowing her to hold it at waist level and shoot with more discretion. But as her story progresses, things take a disturbing turn. The secretive hoarder collected newspapers with sensational headlines. One set of photographs chart her following the path of a young babysitter who was murdered. Remembered comments suggest Vivian was the victim of abuse suffering from deteriorating mental health. One girl's story is shocking. A mother who employed her for years carries the burden of guilt for letting her go when the 'crazy' got too extreme. And then there's Maloof himself, part champion of unknown artist, part vampiric cottage industry. He admits to wrestling with what Vivian would have thought about how he's exposed her, but his admiration is undeniable as is the genius of her work. Everyone loves a mystery and Maloof has presented one, doggedly following leads to create an artful portrait in half shadow.