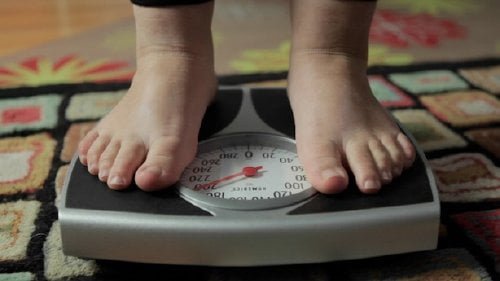 Between 1980 and 2000, health club memberships in the US doubled. In that same time frame, though, obesity doubled, too. Now, we face a health problem of epidemic proportions as Americans eat the wrong foods and gain weight to life-threatening proportions. But, there is an answer to this epidemic: all it takes is to get “Fed-Up.”

Cowriter (with Mark Monroe, "The Cove")/director Stephanie Soechtig's ("Tapped") documentary has been getting a lot of attention, likely helped by executive producer/narrator Katie Couric's participation, but although the film does a fairly good job skewering the U.S. food industry's underhanded marketing tactics as a major reason Americans are unaware of how much sugar is added to processed foods, there was nothing here that I didn't already know and scant information on the one subject I'd like to know more about (why non calorie sweeteners are bad for us, a subject mentioned here with little scientific backup). Much of the information we're given has come before in films like "Food, Inc.," "A Place at the Table" and "Forks over Knives." Additionally, anyone who's ever looked into the Atkins diet will be familiar with most of the alarming information included here, like the fact that low fat products almost always mean more sugar (and although Dr. Atkins may not have gotten everything right, clearly he was a forerunner in understanding a lot of what's chewed on in "Fed Up," without receiving even a passing mention). The film is fast paced, pointing fingers at a Government that requires no recommended daily allowance stats for sugar on food packaging and questioning Michelle Obama's cooperation with the very corporations which are responsible for obesity and illness as she campaigns against these things (the most jarring fact in the whole documentary is her refusal to participate, as listed in the end credits, although former President Bill Clinton is well represented, although his own weight loss and dietary changes are not discussed). We see children struggle with exercise and fail to lose weight, the usual talking head experts and quickly edited montages which entertain with such pop culture tidbits as Homer Simpson mainlining a donut. The film's final conclusion is that sugar must be made the equivalent of tobacco in order to change public perception. It's a well enough put together piece of work, but will only be illuminating for those who've failed to pay attention to its subject.

Second time feature documentarian Stephanie Soechtig (“Bottled” (2009)), tackles the processed food industry that looks out only for vast profits, not the health of their consumers. The result is a nation where 2 out of 3 of us are overweight and one in three is obese. What once was an extreme condition rarely seen in our society 50 years ago is now becoming the norm. Katie Curic narrates much of “Fed-Up” and its statistics of doom: for the first time in modern history the current generation will not live as long as their parents, type 2 diabetes is reaching epidemic levels, our children are becoming obese at increasingly younger ages, showing an obese six-MONTH old baby as example. The film also exposes how our government, for several administrations, has supported the food industry, especially sugar producers, with subsidies and tax exemptions, all the while building generations of kids who will live (and die) on fast, not healthy, food. There is a whole bunch of statistics authoritatively given by both sides as they face off to contradict each other’s claims. Unfortunately, those looking to improve the health and well-being of Americans are hamstrung by the giant food-processing corporations who, literally, control government legislation on such things as; What is a healthy intake per day of sugar? What is healthy is different, depending on whose eyes we look through. One statistic to make you think: 80% of the 600000+ processed items on our supermarket shelves contain added sugar. One of the issues explored is what has proven to be a myth in being healthy: Eat Less, Exercise More and you will be healthy. This edict, which has been with us for decades, does not even touch upon the complexities of the intertwining of big business and big government in dictating what we have available to eat. How can one eat healthy food if healthy food costs more than mass produced fast food? There are a lot more questions addressed but not necessarily answered. There was another documentary that addressed the issue of obesity in America a couple of years ago but its title eludes me. It covered much the same material as “Fed-Up” but it helps to have it reinforced: There is a major health problem in America and it is not being addressed by those who can change things, the government and the industries that control our food supply. The issue deserves to get our attention.