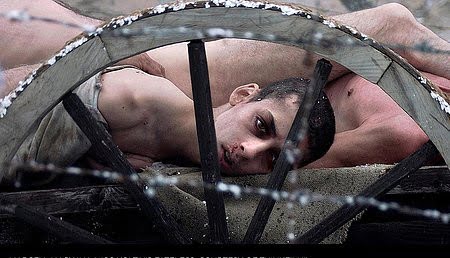 14-year old Gyuri Koves, like all of the Jews in Nazi-occupied Budapest, must wear the hated six-point yellow star, required to be visible at all times by German decree. His father is sent off to a forced labor camp and Gyuri is conscripted to work in a local factory. To get to his job, he must make the choice to take the bus or the train. The decision he makes will have a resounding impact on the boy’s life in Fateless.”

Haitian-born Raoul Peck, with his thoughtful study of his native land, asks the question: Why, with billions of dollar pledged, is Haiti still struggling to survive, years after the massive earthquake devastated the country? The answer to that question, though, is complicated and Peck takes on the task to sort out the controversy and tell us “why.” When the disaster struck the island of Hispaniola (which Haiti shares with the Dominican Republic), international help flocked in to provide rescue, food, medical supplies and temporary housing. This assistance lasted until the initial crisis was over. After that, though, progress in restoring the country came to a grinding halt with an untenable bureaucracy that involves the over 4000 NGOs (non-government organizations) vying to, often at odds with each other and the country they pledged to support, rebuild the country. Peck points out that, before Haiti can be rebuilt, the removal of colossal amounts of rubble left by the devastating quake must be accomplished first. Herein lay one of the many problems facing the people of Haiti. That removal has a price tag estimated at $500 million to $1 billion. Two years after the earthquake, just $80 million has been actually provided for the task. Couple the lack of promised funds and the problem with dealing with so many NGOs and the stage is set for contract overlap, graft and corruption. Why, for instance, is a new hospital being built just hundreds of yards away from an existing one when it is more desperately needed 10 miles away? Peck brings to new light what is happening in his country after the news cameras stopped recording and all the celebrities had gone home. Disasters are big news – think Katrina – but the aftermath is not.