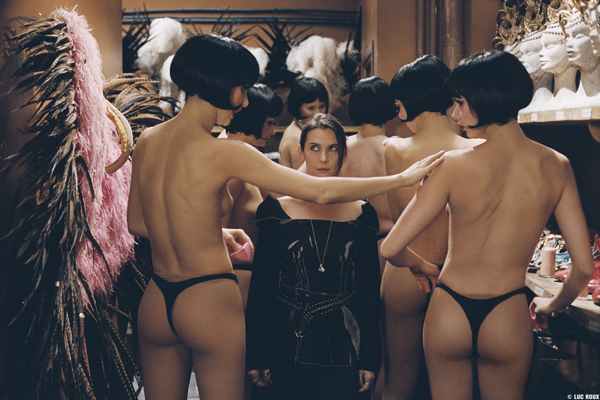 Gabriel Stern (Claude Brasseur) is the decades-long owner and star performer of the popular Parisian nightspot, The Blue Parrot. One night, he asks his friend and performer, magician Nicky (Gerard Lanvin), to close up shop so he can go home. Next morning, Nicky receives the sad news that Gabriel died in his sleep. The club owner left a controversial will, giving the club to his 30-something children Nino (Michael Cohen) and Marianne (Geraldine Pailhas). His decision, though, will soon prove that Gabriel is a true “Family Hero.”

This lively ensemble film has a lot going for it after Gabriel untimely death. Nicky is sure that he will inherit The Blue Parrot and plans to keep the cabaret going. His hopes are dashed, though, when, at the reading of Stern’s will, the business is given to Nino and Marianne. They plan to sell the club and move on. Although Gabriel is dead, his presence is always around Nicky, visiting his best friend often. The cast includes such French icons as Catherine Deneuve (still beautiful), Emmanuelle Beart (who took the reins of la belle de France from Deneuve), Miou-Miou and Claude Brasseur. The rest of the cast, Gerard Lanvin in particular, make “Family Hero” a great deal of fun, if not thought provoking. It has drama, comedy, music, magic and an amusing ghost story as Gabriel visits his Nicky to implore him to save his nightclub. Director Thierry Klifa deftly moves his large ensemble cast and keeps the complex story of relationships moving at a brisk pace. It is a solid entry in the MFA’s French Film Fest and, I hope, gets attention beyond the festival.