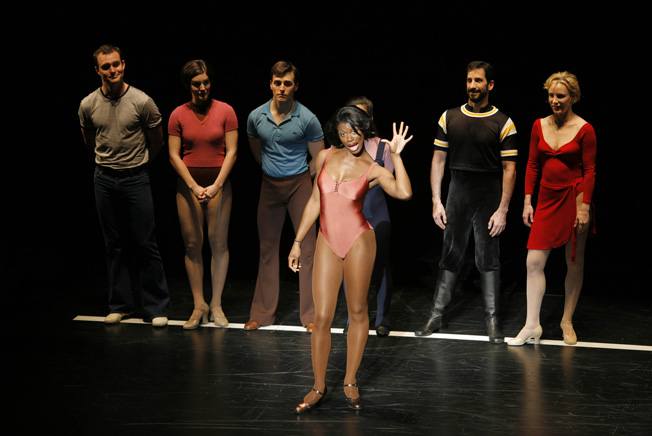 In 1974, choreographer Michael Bennett gathered 22 aspiring singers/dancers/actors to record their thoughts on life, performing and Broadway. This collection of interviews was the inspiration for a musical that ran for 6132 performances, breaking all existing records at the time – A Chorus Line. Bennett’s former partner, Bob Avian, began auditions for a 2006 revival of the beloved play and documentary filmmakers Adam Del Deo and James D. Stern follow the exhausting and exhilarating process with “Every Little Step.”

Del Deo and Stern take a subject of little interest to me – I would rather poke myself in the eye than attend a Broadway musical – and make it interesting and exciting as, first, they give us the historical context of the genesis of the play and, then, the machinations of its revival. Old footage from the original musical sets the stage as we see Bennett and his performers, including Tony winner Donna McKechney (the first play’s Connie) and revival choreographer Baayork Lee (the original Once the filmmakers establish the credentials of the original “A Chorus Line,” the focus shifts to several decades later as an open audition for the revival is announced and attended my more than 3000 star Cassie), perform on stage the earlier “A Chorus Line.” -struck hopefuls all vying for the coveted 17 roles. This is the meat of “Every Little Step” as the producers face the arduous task of culling down this multitude to those who have a chance at stardom. We see the aspiring tryouts sing, dance and act their hearts out for a part in the coveted play. You pick your favorites and root for them. Those involved in the original “A Chorus Line,” including its composer Marvin Hamlisch, who gives some amusing and racy insight into the songs and music, supplement talking head interviews with the play’s producers and performers. Fans of the musical will be thrilled by the many talented audition performances of “At the Ballet,” “I Can Do That,” “Dance: Ten; Looks: Three” and the rest (though I, personally, heard more than enough of “Chorus Line” tunes to last me my lifetime). “Ever Little Step” has a ready-made audience in the tens of thousands who saw the many-years running original and for those who are fans of the genre. A well-crafted documentary will interest the documentary film buff, too.