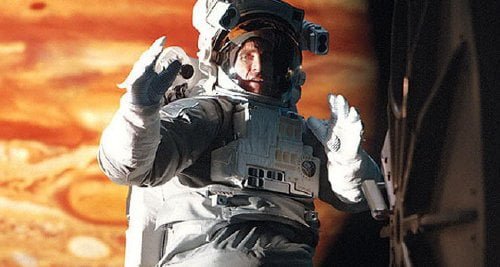 Europa Ventures is a private company financing the first manned space mission to Jupiter with plans to land on its 4th largest moon in a search for extraterrestrial life. Six of the world’s best scientists/astronauts are selected for the mission and they ride their rocket, named Europa 1, to where no man has gone before. The mission is plagued by serious problems, though, and the survival of the crew hangs in the balance in “Europa Report.”

Another found footage space exploration with the usual mounting disasters played as if we've never seen them before and a cinematic style that looks like it was composed ona high end PC. Middling.

This is a slick looking sci-fi yarn that does not quite fulfill its promising premise. Techs are decent and the video is crystal clear but the story does not get me in the gut. It is like the ten little Indians (except they are six) where you know that someone is going to be killed – and they are, one at a time, to the expected ending. There is drama and mystery but it is the two dimensional kind. The characters, too, lack depth though all have grave faces as they face one crisis after another. The actors try their best to give gravitas to their roles but their characters are so thinly drawn, you never sympathize with them despite the dangers they face. Embeth Davitz, as mission controller, is the voice of Earth who explains, after the loss of communication with Europa 1 after a solar storm knocked the ships communications, what has happened to the stalwart crew of explorers. From this point, it is a found footage mockumentary that is such the rage of late. It is not particularly original, except it does depict man’s escape from the confines of our planet to beyond the moon for the very first time in a plausible way. Looks are not everything but “Europa Report” does have some good looks, production- wise. The film looks like it was assembled and edited in a computer with the many multi-screen views of the E1 cameras. Although barely 90 minutes long, the film feels long and, sometimes, ponderous.