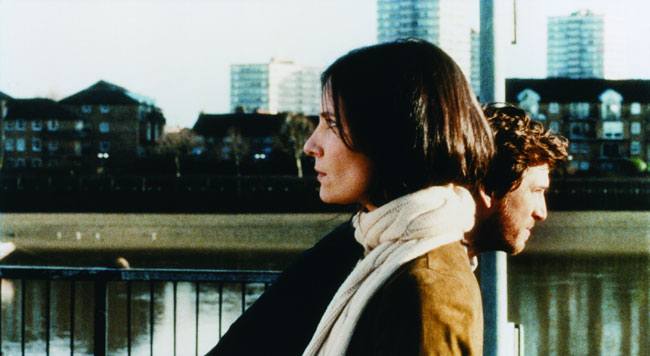 Vincent (Guillaume Canet) and his buddy, Gerard (Bruno Blairet), are luggage handlers at a busy French airport. They supplement their pay by pilfering travelers’ luggage and hit the jackpot when they come across a Syrian diplomatic pouch, but the contents prove explosively deadly. His friend is killed and the police threaten the thief with a hefty jail term unless he helps them find two mystery men seen at the airport at the time of the bombing in “Spy(ies).”

When airport baggage handler Vincent's (Guillaume Canet, "Hunting & Gathering," "Tell No One") buddy dies in a blast from a diplomatic pouch he illegally opened, police inspector Simon Faure (Hippolyte Girardot, "Flight of the Red Balloon," "A Christmas Tale") offers Vincent jail time unless he cooperates in an undercover investigation, making him one of a group of "Spy(ies)." Writer/director Nicolas Saada uses modern fears as a backdrop for a genre convention as old as movies. What is unusual here is that, in place of the femme fatale of "Mata Hari's" Garbo or "Notorious'" Bergman, he uses Canet as the sex bait. The setup is delicious, right through a dinner party fraught with mines, survived by a mixture of bravado, modern technology and age old snooping. The film cannot sustain itself, however. When the sexual mark is made privy to the plot, the air goes out of the film. We never know how Canet feels about his victim or why he has committed himself so ferociously to an undercover operation he was blackmailed into. Géraldine Pailhas ("5x2," "Family Hero") is sympathetic as Claire, the wife of pharmaceuticals exec Peter Burton (Vincent Regan, "300"), and we feel for her predicament. Also good are Stephen Rea ("The Crying Game," "Stuck"), wry and dedicated as M. Palmer, Archie Panjabi ("East Is East," "The Constant Gardener") as field op Anna and Alexander Siddig ("Syriana," TV's "24") as the genuinely disturbing bad guy Malik, but Canet is unable to generate investment in the lead character. The French production was largely filmed in London and many scenes are in English.

This is an uneven spy thriller that, when it deals on the espionage stuff, is a decent cat and mouse game. The “action” shifts to Peter and the beautiful wife of the Syrian ambassador, Claire (Geraldine Pailhas) and the sparks fly from their illicit romance. The sparks, though, have no heat and I marked time as these dull interludes unfolded. This may be because there is little chemistry between stars Regan and Pailhas and they are overshadowed by more convincing supporting roles. Stephen Rea has fun as British MI5 operative, Palmer, who is running the infiltration operation, using Peter as the dupe, to break open the terrorist spy ring responsible for the bombing. However, Peter has two masters. His French boss, Simon (Hippolyte Girardot), is a high mucky-muck in the DTS (Directorate of Territorial Surveillance) working with the Brits. The not-so-subtle struggle for power is a tongue-in-cheek, darkly humored thriller that works when it sticks to the spy stuff. Director Nicolas Saada should have done some judicious editing to the script by Nicolas Saada the writer. The romance, which takes much of the film’s run time, bogs things down. Too much. The spy intrigue is nifty, though.