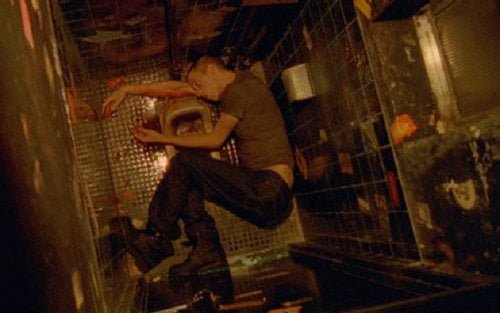 Oscar (Nathaniel Brown) and his younger sister Linda (Paz de la Huerta, HBO's "Boardwalk Empire") made a pact to never leave each other after losing their parents in a horrific car accident when they were very small, but circumstances have kept them apart. Now living in Tokyo, Oscar's in denial about being a drug dealer, but he's made enough money to bring Linda over. She disapproves of his friend Alex (Cyril Roy) who she believes has gotten Oscar into drugs, but Alex is the one who encouraged him to read the Tibetan Book of the Dead, an apt guidebook for Oscar as he's about to "Enter the Void."