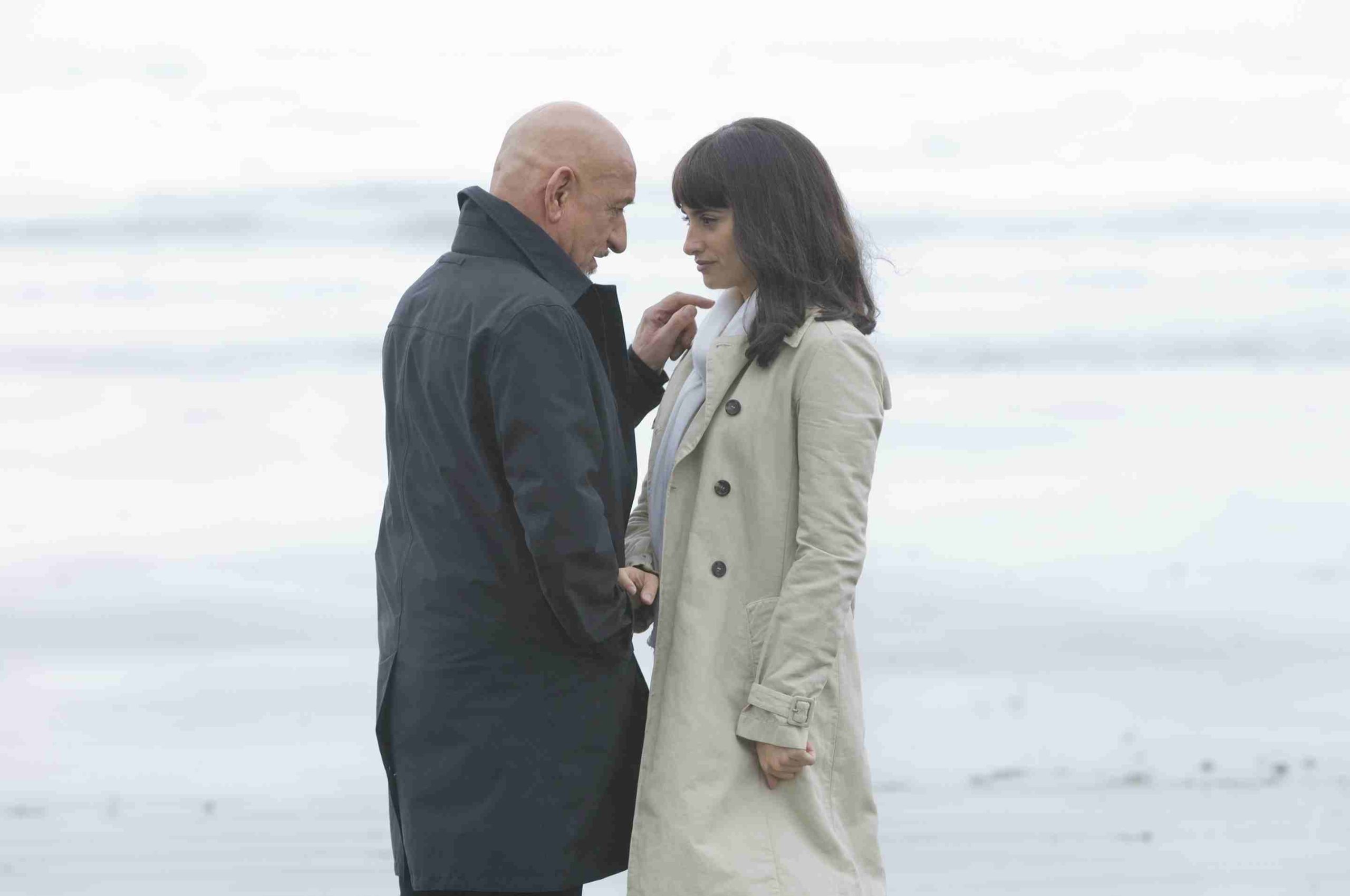 Famous author, literary professor and radio host David Kepesh (Ben Kingsley, "The Wackness") writes about the roots of American hedonism and finding sexual happiness but is becoming obsessed with old age and death when one of his new students, Consuela Castillo (Penélope Cruz, "Volver," "Vicky, Cristina, Barcelona"), catches his eye. Consuela turns out to be much more than a passing fancy, but Kepesh cannot grasp a future with her and so their relationship gradually becomes an ironic, tragic "Elegy."

Beautiful women are invisible… No one can see the actual person… We’re so dazzled by the outside, we never make it to the inside.” So David is told by his best friend and fellow hedonist, revered poet George O'Hearn (Dennis Hopper, "Sleepwalking," "Swing Vote"), who also advises that Consuela be dumped before David himself is. And yet, David cannot seem to do so. A planned romantic trip to the beach turns into both a photo shoot (Kepesh, inspired by his lover, takes his photography hobby back up again) and discussion of future trips to Europe. David is so awestruck by Consuela, he declares her body a work of art, compares her to Goya's nude Maja and wonders over the images of her that appear in his dark room. George's words reverberate as we observe David's obsession. Consuela, on the other hand, is a worldly woman who knows what she wants and that is David, despite an offputting display of jealousy. In a first real step towards commitment, Consuela tells David that what would make her happy is if he would come to her parents' home to celebrate her graduation. He agrees, then, halfway there, makes up a story about a breakdown on a bridge. Heartbroken, Consuela leaves a message on his home answering machine, then ceases to call. David's world is empty. His best friend dies suddenly, after a surprising reawakening of his marriage to long suffering Amy (Blondie's Deborah Harry, "My Life Without Me"). His ill-regarded son Kenneth (Peter Sarsgaard, "Jarhead," "Rendition") looks for guidance or sympathy or recognition over the conflict of an affair and a happy marriage. He has his first honest conversation with his long-term, no strings attached lover Carolyn (Patricia Clarkson, "Married Life," "Vicky Cristina Barcelona"), who finds herself looking into his same void. Then, two years later on New Year's Eve David gets a phone call from Consuela. She has news she must tell him. She has a favor to ask. Come right over he says. Spanish director Isabel Coixet ("My Life Without Me," "The Secret Life of Words," making this perhaps the capper of a trilogy on death and dying) works for the first time not only with a screenplay not of her pen, but an adaptation of none other than a Philip Roth novel, "The Dying Animal" (written by Nicholas Meyer, who also adapted Roth's "The Human Stain"), and fashions an exquisite paean to love from the male perspective. Working once again with director of photography Jean-Claude Larrieu ("My Life Without Me," "The Secret Life of Words"), Coixet wields her own camera and her work is one of the best of the year - every shot is lit and framed to convey the emotions of the characters. It is simply stunning work, beautifully set to classical works by Bach, Beethoven, Satie and Vivaldi (Kepesh also plays piano, another of his many talents). Sir Ben, who has been exceptionally busy this year on screen, gives one of his finest, most nuanced and moving performances as the aging, staunchly commitment phobic intellectual undone by real love and Cruz once again proves herself, here as a woman of substance. The ever reliable Clarkson is also notable as Kingsley's female alter ego and Hopper is a hoot, then finally also surprising moving, as Kingsley's comrade in arms. In a small role, Harry makes a strong impression. Only Sarsgaard disappoints, mostly due to miscasting - one cannot get one's arms around the Slavic looking young actor being the progeny of the olive-skinned Kingsley. "Elegy" is a classic work on the human condition, beautifully acted and directed. It is a haunting testament to the sentiment that we should take love wherever we find it.